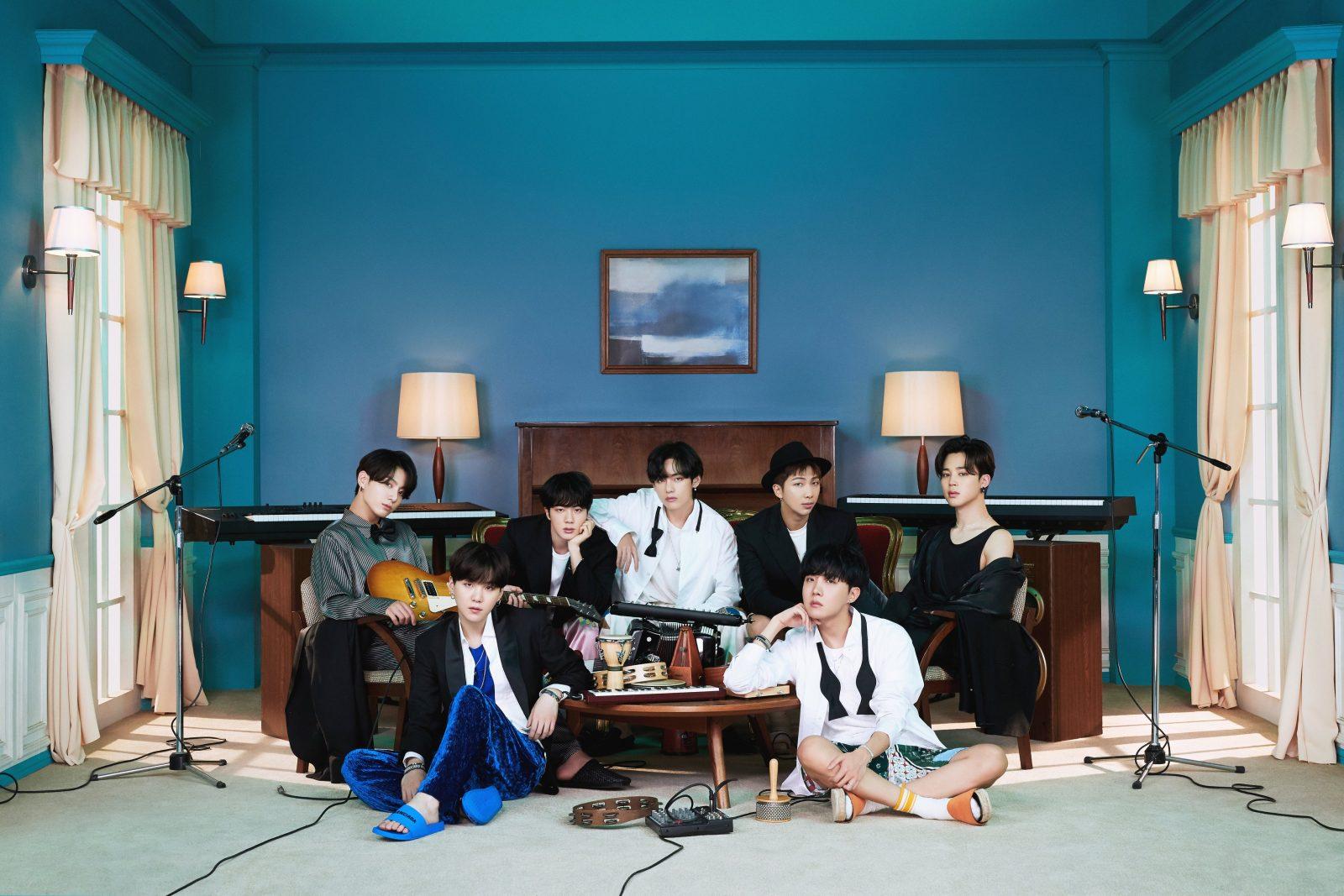 BTS Reveal Teaser Photos and Tracklist for New Album, ‘BE’

BTS have prepared for their latest comeback throughout this whole year, and have now released the concept photos and tracklist for their new album, BE.

Last month, Big Hit Entertainment dropped the first concept photo out of nowhere, surprising ARMY all over the world; this also served as the album’s title reveal. The group photo shows BTS sitting in a living room type of setting, surrounded by instruments and music equipment; the members also look very lax in comparison to previous album photoshoots, almost like they’re kicking back after a long day at work.

Being that this first concept photo is more relaxed and laid back, it helped solidify the fact that this album was purely curated by BTS themselves.

Back in August, the septet first teased that new music was on its way after revealing the title of their first, all-English song, “Dynamite” in a livestream. Additionally, since the beginning of the COVID-19 pandemic, they started live-streaming on YouTube on random days.

As it turned out, these streams revealed the members working in specific roles that related to their future comeback; RM (Kim Namjoon) is the album’s producer, Jin (Kim Seokjin) and Suga (Min Yoongi) worked on album design, J-Hope (Jung Hoseok) is the choreographer, Jimin (Park Jimin) is the project manager, V (Kim Taehyung) is the visual director, and Jungkook (Jeon Jungkook) worked with video production.

While the year went on, BTS let ARMY in on their process during these livestreams, giving them hints to what the album would include, and over the last few weeks, we got some answers.

“Life Goes On” with Concept Reveal

Following the drop of the group concept photo and album name, BTS revealed the name of the title track, “Life Goes On,” and its release date of November 20. During this last week or so, individual concept photos for each member came out, showing them in a room with a specific setting; these photos were accompanied by audio clips from BTS as every one of them introduced themselves as the “curator” for their room and explained the reasoning behind their decor choices.

For example, J-Hope’s room—the last to be released—is the most colorful out of all of the rooms. In his audio, he explained how his room provided him with mental tranquility and speaks of his identity. He goes on to say that like him, the room is bright, colorful and energetic and hopes that people will take this energy with them.

On Tuesday, BTS posted the tracklist for BE, confirming a track plan that they came up with back in May.

Their smash hit “Dynamite” also made the final cut, even though they were unsure if it would make it onto this album.

Why ‘BE’ is So Special

I touched on this a few months ago, but this album means a lot to BTS and ARMY for several reasons.

With the group taking charge with BE and its creation, it makes the release more personal for both them and their fans; it gives them creative freedom and liberty to truly put out what they want to put out.

Furthermore, due to COVID-19, BTS made the decision to postpone their Map of the Soul world tour. As 2020 marked seven years since their debut, the tour would have been special for the seven members, especially since it revolved itself around the promotion of their latest album, Map of the Soul: 7.

Throughout the year, the members mentioned how they miss their fans several times—in both livestreams and interviews—and how they cannot wait to see them again. They came close to reuniting with ARMY after the announcement of their October Map of the Soul ON:E online concert as it would have had an offline, in-person counterpart; unfortunately, COVID-19 cases spiked back up in South Korea and Big Hit cancelled the offline portion.

Ultimately, I think that with BE, BTS put their all into making the album special for everyone involved, and it will bring a sense of comfort to those who need it right now, as well as a reminder that BTS and ARMY will come together again soon.