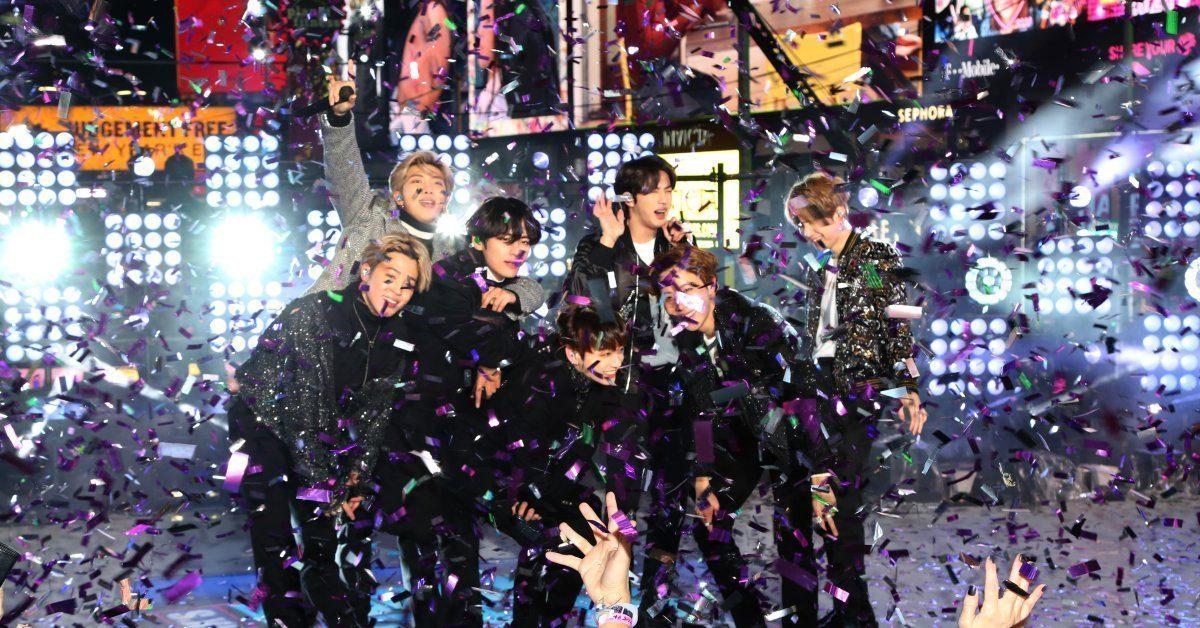 Calling all members of the BTS army here. What better way to kick off the 2020 New Year than the super-popular K-pop group, BTS performing for Dick Clark’s Rockin’ New Years Eve celebration in Times Square? And I’ll tell you what, the South Korean boy-band did not disappoint, as the social media world was pretty hyped about their performance.

If you’re new to the BTS Army, terminology is important. BTS, also known as the Bangtan Boys, are a seven-member South Korean boy band formed in Seoul in 2013. Its members, RM, Jin, Suga, J-Hope, V, Jimin, and Jungkook, have taken the music world by storm and boy have they grown.

The ARMY is the entire group of BTS fans, so either get in or go away.

The boys showed up in style, wearing shimmering, all-black outfits on the stage and showing off their incredibly choreographed dance moves, bouncing up and down, left and right.

Last year, the Army went into temporary shock after a news announcement that BTS member Jungkook, 22, was involved in a traffic accident that left him and a taxi driver with injuries. Luckily, both were okay ,and Jungkook admitted to causing the accident by violating traffic laws and reached a settlement with the driver.

But back to NYE. The K-pop group took the Times Square stage (pre-recorded) at 10:40 p.m. during Dick Clark’s New Year’s Rockin’ Eve With Ryan Seacrest on December 31st, where their opening hits of “Make It Right” and “Boy With Luv” captivated the women and men dancing up and down in the audience.

Hell, even Ryan Seacrest was getting lit!!

“[BTS] has helped so many of us,” one ARMY member told the Associated Press while awaiting the K-pop group’s arrival. “We know that we’re loved by them, so we have to show it back to them. We have to let them know that they’re loved, and that they’re amazing and talented and worth every single second of our time.”

Later that evening, BTS shared a video of them to their Twitter account of them watching the Times Square ball drop.

Happy New Year to BTS and its ever-growing Army!