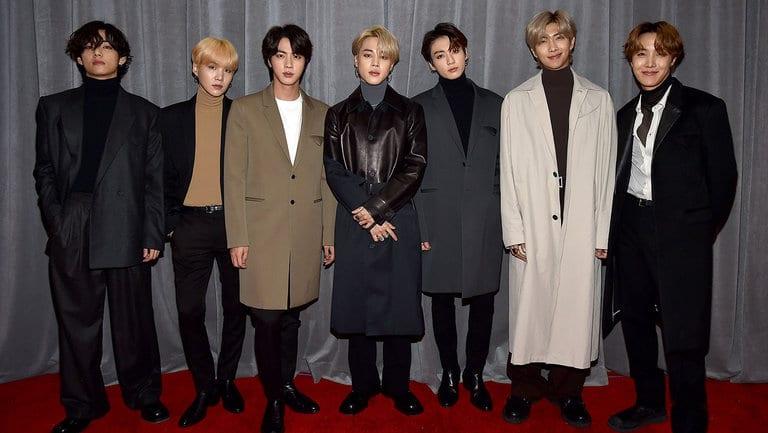 BTS Earns First Platinum Album in the US

BTS continue to make history; the K-Pop kings have become the first Korean act to have a platinum album in the United States.

The Recording Industry Association of America (RIAA) recognized the group’s 2018 LP, Love Yourself: Answer as a platinum-selling album. To add to the good news, the album’s lead single, “IDOL,” also became platinum. Answer also became the group’s first album to hit gold in November 2018, making it the first album by Korean artists to reach the milestone.

In order for an album to become platinum, according to the RIAA, it must sell one million equivalent album units. These units include one album sale, 10 tracks bought from said album or 1,500 on-demand audio and/or video streams from an album.

Since 2018, additional BTS songs and albums have been certified by the RIAA. Their song, “MIC Drop,” became their first-ever platinum-certified song. The track was later remixed by DJ Steve Aoki and featured rapper Desiigner. Along with “MIC Drop” earlier that year, the songs “DNA” and “Fake Love” also reached gold. These achievements make BTS the most-decorated Korean act for the RIAA to ever acknowledge.

The group—consisting of RM, Jin, Suga, J-Hope, Jimin, V and Jungkook—performed at the Grammys with Lil Nas X, Billy Ray Cyrus and more for a special performance of “Old Town Road.” The performance made them the first Korean act to ever grace the Grammys stage as performers; maybe next year BTS can make even more history and earn a Grammy nomination and secure their own stage as well.

Following their Grammys performance, the septet seem to have a busy next few months ahead of them. In addition to the start of their comeback, they will perform “Black Swan,” the first single from their upcoming album, Map of the Soul: 7, this Tuesday on the Late Late Show with James Corden. Additionally, the group announced tour dates for their “Map of the Soul” tour last week; the tour kicks off in April and tickets go on sale February 7.

Map of the Soul: 7 hits stores and streaming sites on February 21