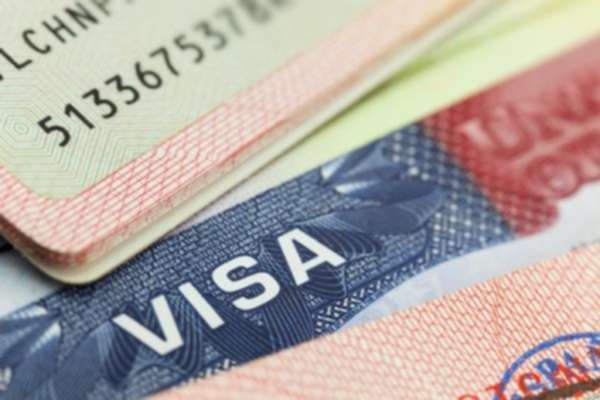 Visa Free Entry To Brazil For Citizens of Australia, Canada, Japan and U.S.

Brazil just opened its doors further to Canada, the United States, Australia, and Japan — again. Will it solve Brazil’s problems, though?

Announced this week, Brazil’s government will waive visa requirements for a few countries it sees as important economic allies. Brazilian officials hope the effort boosts tourism in the country. Of course, tateside, travelers are rejoicing at the prospect of not having to get a visa to visit the country.

Brazilians are pretty damn popular in the U.S. and Canada, and Brazilian communities — along with faux “Carnival” party reboots and Brazilian cuisine — have piqued travelers’ interest.

It’s a steep climb — or just ambitious. The country hosted 6.6 million visitors in last year. Few countries have been able to double their visitor body count without a major event like the World Cup or Olympics and Brazil has already had those two happen inside its borders recently.

The new visa rules begin June 17. So after June 17, lucky Americans and Canadians won’t need a visa on top of their passport to get into the country. Not fake news, the Brazil Tourism Board announced the news on the government’s official gazette.

The relaxation of Brazil’s “visa requirement” precedes President Bolsonaro’s meeting with U.S. President Donald Trump, the latest in an effort to boost relations between Brazil and the United States. The two presidents met at the White House.

The Brazilian president earned the nickname “Trump of the Tropics” due to his controversial comments aimed at the LGBTQ community and generally, Brazilian socialists. The two heads-of-state will meet to discuss topics such as the use of Brazil’s base and the visa exemption.

According to Foreign Minister Ernesto Araujo, Brazil wants to strengthen economic and diplomatic ties with the United States.

Aside from Brazil’s high crime rates, gang-related violence is still rampant in urban areas. There is also an ongoing threat of Zika virus. Pregnant women or those who consider bearing a child are advised to avoid traveling to Brazil.

Former tourism minister Celso Amorim believes that Brazil’s previous visa requirements weren’t an issue. Amorim shared that he has lived in the United States twice and has yet to encounter person who had troubles acquiring a visa.

The biggest problem is that the feeling isn’t mutual. Brazilians still need to have an approved visa to enter the United States and Canada.

Brazil-focused political scientist Mauro Santoro believes that the “hasty gesture” puts them in a position of weakness before the United States.

What it means for tourism in Brazil

The Ministry of tourism made a study showing that fewer Americans visit the country now compared to the six years ago. It is interesting to note that this is despite Brazil hosting the 2014 World Cup and the 2016 Rio Olympics.

In 2018, the government adopted an electronic-visa system to cut down on bureaucracy. The move increased visa applications by 35.2 percent.

The problem was not all visas got approved. The Ministry of Tourism estimated that they would have received 217,858 tourists if not for visa denials. More quantifiable: Brazil could have added $1 billion more in revenue.

Alvaro Antonio is confident that this latest development will be extremely beneficial to the country.

“This is one of the most important achievements of the Brazilian tourism industry in the last 15 years.” –Marcelo Alvaro Antonio, Brazil tourism mininster.

Just as Brazil eases up on visa requirements, the European Union will tighten with theirs.

Jaime Luis Aldecoa
Jaime Aldecoa is a staff writer at Grit Daily. He is an avid traveler, YouTube vlogger, and podcast host. He holds a degree in Mass Communication.
More from NewsMore posts in News »