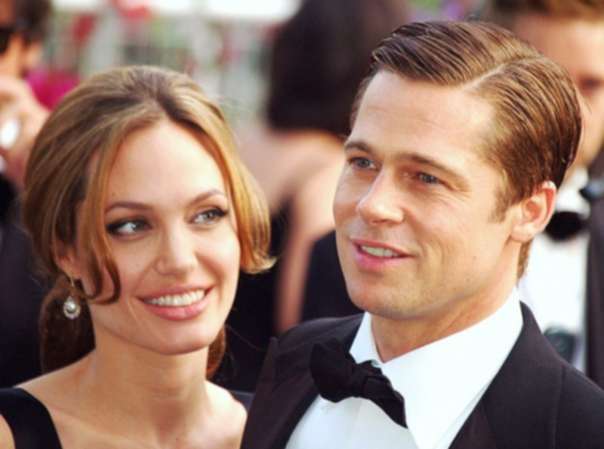 Brad Pitt FINALLY Gets to See His Kids on Father’s Day, as Details of a Bitter Custody Battle Emerge

Brad Pitt and Angelina Jolie have now been in a custody dispute for over a year, since the two announced their divorce in 2016. At the moment, Pitt has limited visitation rights with his children. However, the court is shifting its attitude towards the actor, and in a surprise move, allowed Pitt to spend Father’s Day with his children in London.

According to a source in People magazine, Pitt said that he was “thrilled to see them” and “misses them like crazy.”

Jolie and her brood of children are currently staying in London, where Jolie is filming Maleficent 2. On Sunday though, Jolie flew to Iraq for a speaking engagement on Syrian refugees, allowing Pitt the perfect chance to take his children out for the day.

“’It’s been obvious that he has been missing his kids like crazy,’ a source tells PEOPLE. ‘To live so close to them, but not seeing them often, has definitely been painful for him.'”

“’There has never been a set schedule. It all seemed very strange and unorganized,’ the source says of the couple’s previous custody arraignments.

“’Brad was always an amazing dad. The kids have always been his life. He has flaws like most people, but so does Angie,’ the source adds. ‘Brad must be so relieved that the court is now helping him.'”

At the same time, lawyers for Angelina came out last week and said that the leaked court documents seemed unfair and one-sided. The specific leaked parts make it look like Angelina is responsible for the children’s poor relationship with their father.

Later this summer, Pitt plans to be incredibly busy flying in and out of LA as he films a new Tarantino flick, Once Upon a Time in Hollywood. Representatives for Pitt say he will upkeep his visitation schedule regardless of his work schedule, as Pitt is determined to be in his children’s lives.

Angelina Jolie and Brad Pitt filed for divorce in 2016 after a mystery-incident between Pitt and Maddox. The couple was known for the controversy they stirred when then-married Pitt suddenly fell for Jolie during the filming of Mr. and Mrs. Smith. The two had a nearly 10-year relationship, where Pitt proved to be a father to Angelina’s adopted kids, and three of their own.