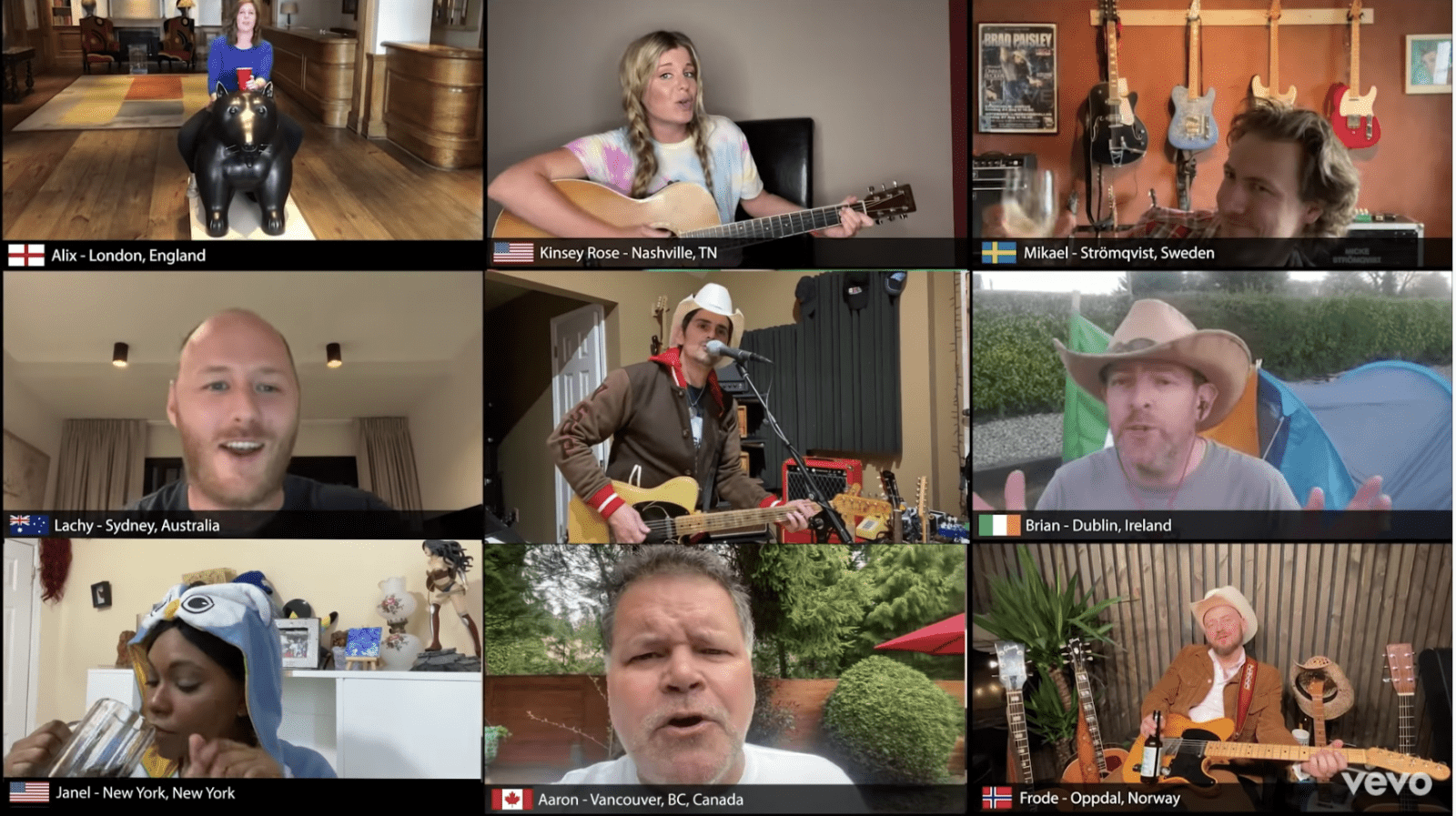 I don’t normally listen to Brad Paisley. When it comes to country music, I’m more of the kill-your-husband-and-have-a-drink-about-it persuasion, but it can’t be denied that Paisley’s latest music video is a modern marvel.

For his latest song “No I in Beer” Paisley crashes Zoom calls from all over the world to sing with quarantined fans about what truly brings us all together in these dark times, alcohol.

The whole thing is silly, lighthearted, and a testament to the very strange times we’re living in. Zoom is now part of the reality of life whether it’s for work or socializing, and Paisley decided to just lean into the whole thing and have a beer with some folks.

It’s a little rough around the edges, but it’s real. And it works. At one point, A-rod makes an appearance, raising a beer to the camera. Paisley also dyes his wife’s roots on Zoom, while they both sing. People around the world pick up their guitars and don their cowboy hats to play with Paisley and raise a glass.

The song itself is espousing the message that we’re all in this together, and in one of the most divisive times in this country’s history, maybe we just need some stuff thats all about beer and camaraderie.

Is this video about beer and togetherness going to solve all of the world’s problems? Obviously not, but it just might make our day a little better having a laugh and a beer with Brad Paisley.