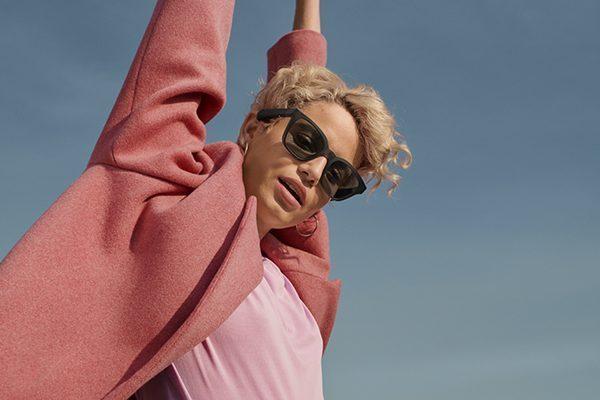 Picking up where we left off with Apple’s and Google’s respective hearables strategies, how does Bose compare? As we’ve examined, tech giants’ self-serving motivations to future-proof core business can involve market-accelerating investment in emerging tech. Audio AR will be the same.

To characterize activity so far, and to extrapolate market directions, we went deep on three tech giants chasing audio AR. With Apple and Google out of the way, we’ll now tackle Bose. How is audio AR aligned with its plan to future proof its leading position in high-end audio hardware?

As we examined recently, Apple’s path to audio AR could follow its early iPhone progression in launching a developer platform and app store. This will engender more scalable creation of audio AR experiences thereby making Airpods – and its wearables suite – more attractive

But audio tech leader Bose is already there. The BoseAR platform provides a developer kit for audio AR experiences. Like iPhone apps use the iOS SDK to tap into sensors like GPS, BoseAR apps do the same with inertial measurement (IMU) sensors increasingly built into its audio devices.

This IMU bundle includes an accelerometer (to register pace), gyroscope (to register directional head turns) and magnetometer (to sense direction vis-a-vis magnetic north). Developers can build apps that tap into these sensors for audio AR inputs that are processed into app actions.

“So as a developer, you [can] say ‘when head nod does this, then X happens,’” said Bose’s Michael Ludden at AWE. “Right now it’s limited to head nod and shake but you can imagine voice integrations in the future… you can also access the raw data to do things like custom gestures.” Bose also knows that hardware penetration is the first step to audio AR, and it’s blitzing the market from a few angles. First are its Bose Frames — sunglasses with speakers and sensors. Next will be its recently-announced Series 700 headphones that are purpose-built for BoseAR apps.

Third in the BoseAR hardware blitz is a sneak attack. Bose shipped the last few production runs of its popular QC-35 headphones with the sensor bundle. In March, it activated BoseAR on all of them via firmware update. Altogether, it has almost one million AR devices in market.

That last part is key, as the hardware base fuels incentive for developers to build experiences on BoseAR. As we’ve examined, platform wars are often won through early hardware penetration that attracts developers. Resulting apps then attract more users… and the flywheel spins.

“Those are the first three products that we are shipping with BoseAR but every wearable that we make going forward will have BoseAR,” said Ludden. “So if you’re a developer, you know that’s part of our commitment to making it hopefully an attractive target platform.” So what have developers built so far? Apps built on the BoseAR platform span lots of use cases with clever spins on audio AR. These are leading indicators of core use cases as logical and unexpected categories take form — everything from gaming to navigation.

These include Radar — an app that features volumetric soundscapes such as a beach where the ocean is in front of you and seagulls are above you. Comrade is a spy-novel/ espionage game where you follow audio instructions, tracked through the sensor bundle.

There are also utilities like Otocast — a travel app that lets you discover and experience audio tours serendipitously. Naviguide pulls data from Yelp which you can access by looking at a given restaurant and tapping the glasses to activate spoken ratings & reviews.

Then there’s Golfshot which provides strategic information to approach the green on a given Golf course. New Balance’s app senses exercise (think: lunges) while counting reps and providing verbal encouragement. Headspace does similar, building on an already-popular meditation app.

These early apps are just a glimpse of what we’ll end up with. Think of it like primitive iPhone apps circa 2008, before we got Waze, Foursquare and Uber. But here, the developer community could have an even greater creative range due to variable hardware.

“You’re going to see more and more use cases enabled by different form factors that have BoseAR,” said Ludden. “Now it’s really all about content… having apps that are useful, that people want to use on a daily or habitual basis. That’s the new promise we’re making.”