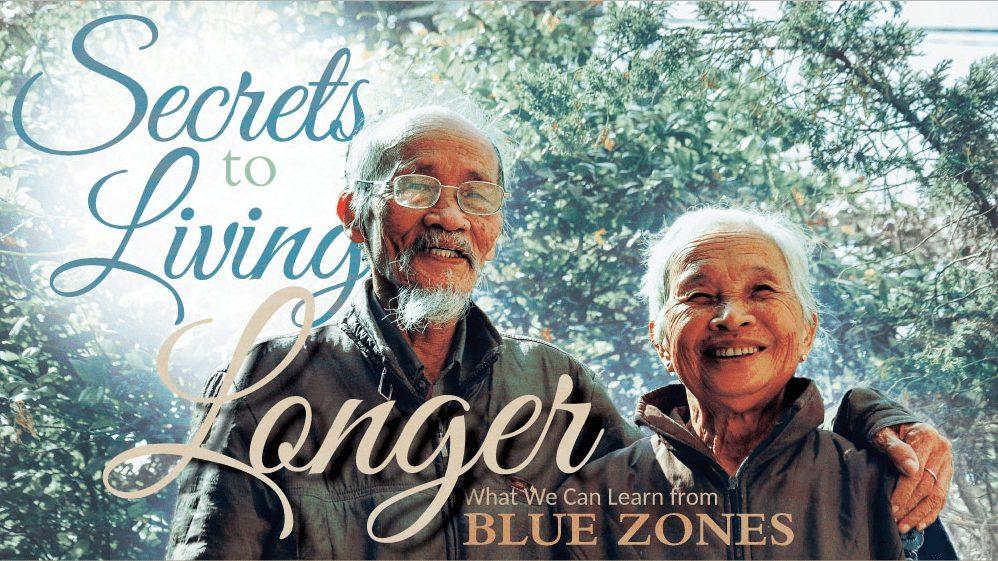 Do “blue zones” offer a way to live longer?

What if you could live to 100 and beyond?

Currently the global life expectancy is 72 years, but there are pockets of communities throughout the world where people routinely live longer than average. Genetics aren’t the only factor leading to longevity, either – oftentimes diet, exercise, and lifestyle go a lot farther than genetics.

By 2050 living to 100 will be quite common. It’s estimated that there will be over three million centenarians worldwide by then, compared to fewer than half a million today. As medicine gets better people are living longer, but what if you could unlock the secrets of wellness and live to 100?

Women have always been known to live longer than men – global life expectancy for men past the age of 60 is 19 years, while for women it is 22 years. Genes also play a critical role in longevity – offspring of centenarians have a 60% lower prevalence of heart attack and a 71% lower risk of death from cancer.

But genetics isn’t everything. By some estimates, only 25% of our life expectancy can be attributed to genes, while the rest is determined by life and lifestyle choices.

Geography may play a part in longevity. Throughout the world ‘blue zones’ are places where people tend to live longer than average, though the reasons often vary. In Ikaria, Greece, mountain living means vigorous exercise is a part of daily life. This coupled with a Mediterranean diet can mean greater health and a longer life for residents.

In the Nicoya Peninsula of Costa Rica, men over 60 are seven times more likely to reach the age of 100. Diets consist of native squash, corn, and beans, while a heavily cultivated sense of purpose is likely to contribute to overall well-being. In Loma Linda, California, the tight-knit religious community follows a vegan diet and fosters a strong sense of community, which translates to ten years more life than the average American.

What Can We Learn From These Communities?

Even if you can’t move to the mountains to get fresh mountain air and daily vigorous exercise built right into your daily life, there are still steps you can take to increase your chances of living a longer life. Exercise is a common theme among centenarians, and it’s never too late to start taking your physical fitness more seriously.

Vegan diets have been shown to reduce the rate of coronary disease, stroke, certain cancers, and even diabetes, and even adopting this diet later in life can have a dramatic impact on your overall health. Forming stronger bonds with your family and in your community can also foster a greater sense of well-being. And knowing your purpose and working toward goals can help you to live a longer and healthier life and may even stave off dementia.

Making small changes today can lead to bigger changes tomorrow. Learn more about blue zones and what they can teach us about living longer, healthier, more purpose-driven lives. Even without genetics on your side you can still live a long, full life.