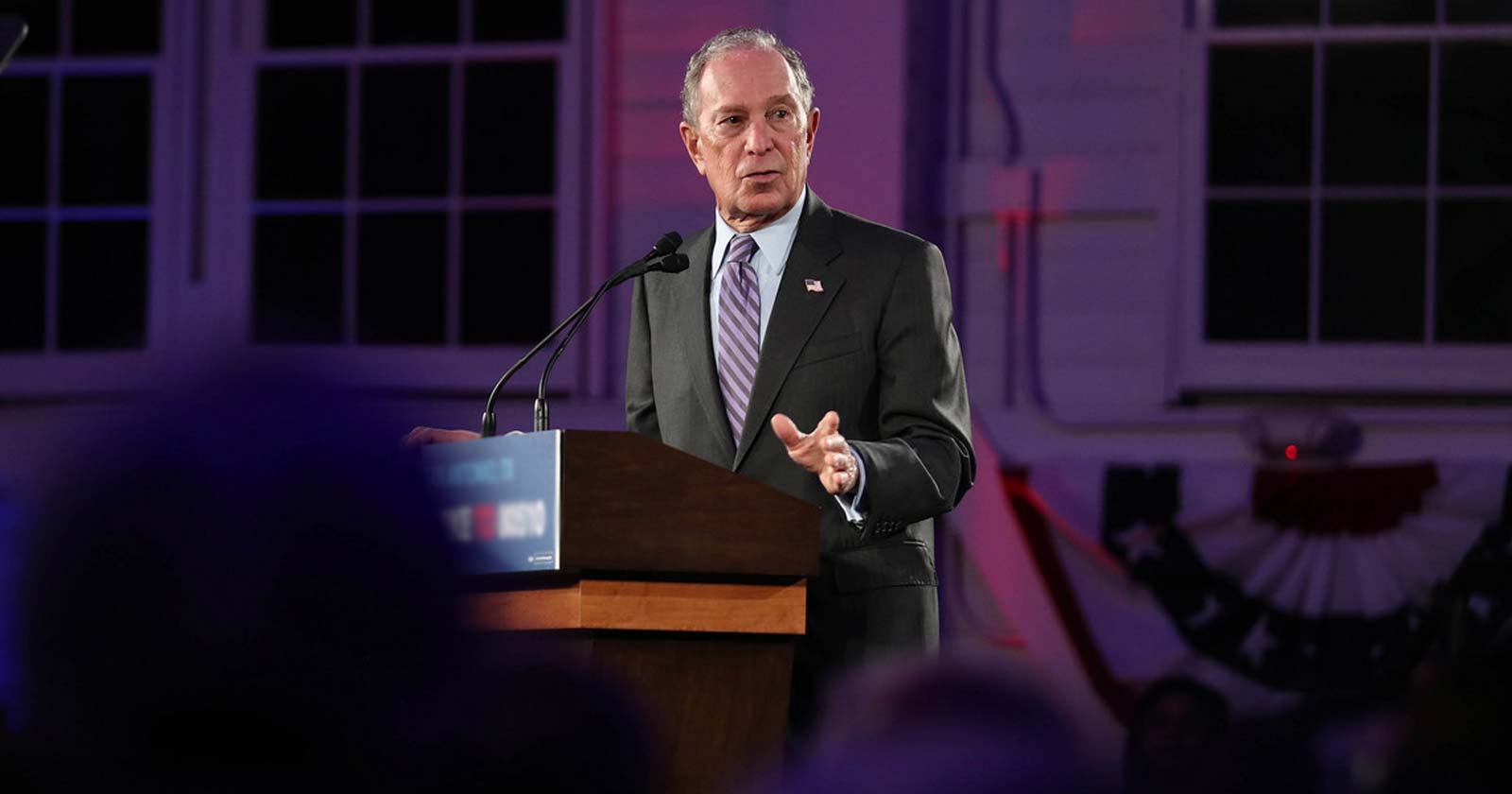 Bloomberg Hires Influencers to Shill for Him

Mike Bloomberg has been aggressively marketing his campaign since entering the ring as a contender in the upcoming presidential election.

He wants you to see his face as often as he can make it possible.

Bloomberg recently announced that he would spend a billion dollars on his campaign, and he’s already spent $500 million—and it’s just the beginning of March!

That’s what we’ve come to expect leading up to the elections, though, right?

Except this time, it’s different.

Supporters of some candidates have mobilized to boost their message, creating a fortune of free publicity.

Of course, Mike Bloomberg would rather that type of grassroots buzz be all about him instead.

And he’s doing everything in his power to make sure it is.

It’s the way he’s going about getting it that’s raising more than a few eyebrows, though.

According to an article released by the Wall Street Journal, Bloomberg has hired more than 500 hundred people as “deputy field operatives.”

Spend 20-30 hours a month promoting his run for president on their own social media profiles.

They’re also to send texts and private messages. They don’t even have to create their own endorsements. The presidential campaign provides them with text, images, and links.

That’s right. He wants them to push his message to their friends and family… almost constantly. And, he’s paying them $2,500 a month to do it.

Politicians have been buying advertising to promote their campaigns since the beginning of time. But that advertising comes with strict regulations. That’s why you see or hear disclaimers on all political advertising.

But this is different.

In this case, Bloomberg is paying individual people to promote his campaign in a way that makes it appear to be their own thoughts and opinions.

“If a well-placed influencer dollar can influence 1,000 people, just imagine what a billionaire can do. And how hard it would be for Facebook to even police campaigns from so many accounts and pages.”

Many are voicing the opinion that Bloomberg Has entered a “gray” area when he put this campaign tactic into action. Others believe it crosses too many lines and shouldn’t be allowed at all.

After seeing for themselves the posts the “deputy field operatives” had generated, the Los Angeles Times contacted Twitter. They asked if their behavior breached Twitter’s boundaries regarding platform manipulation and spam.

Maybe not so surprisingly, after it was brought to their attention, Twitter suspended at least 70 accounts—some of them permanently.

A spokesperson told the WSJ that posts by “content creators” would require labeling their posts as sponsored content if the campaign paid for them. However, posts from campaign employees don’t need ad labels.

So this certainly seems to be a clear cut violation of FEC laws.

Everyone understands the huge potential that social media has in assisting Bloomberg during his campaign.

Unlike some candidates whose supporters can’t stop singing their praises, Bloomberg’s paid supporters don’t come off in the same way.

Despite the fact that the ad asked for “unflappable commitment” toward getting him elected, some don’t even pretend to be supporters!

Case in point, the LA Times article reported that one deputy field operative sent a message to friends intended to demonstrate support for the candidate only to add a disclaimer at the end which read, “Please disregard, vote Bernie or Warren.”

Many Americans will view Bloomberg’s attempt to release a flood of support for his campaign on social media as just another attempt to buy the presidency.

And, in reality, that’s exactly what it is.