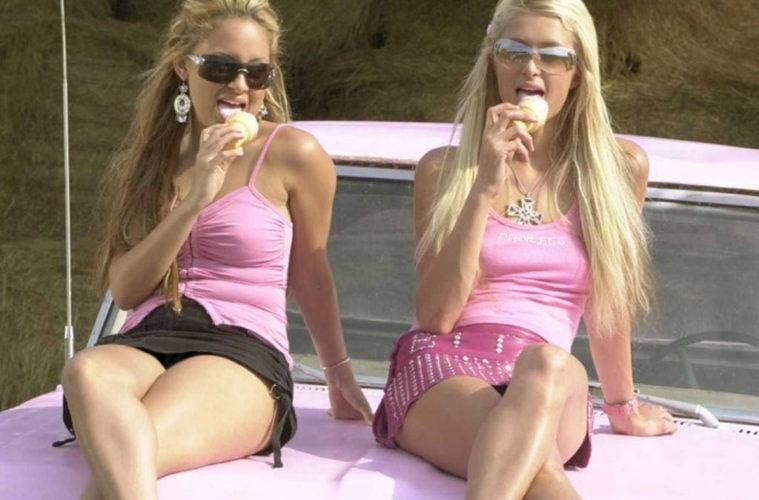 2019 may have been hot girl summer but 2021 is the year of the bimbo. After OnlyFans became one of the biggest movements of 2020, more and more young people are taking pride in wanting to live independent lives. The stereotype, once used as a misogynistic way to put down women like Paris Hilton who used their beauty as a way to monetize themselves and start a career, is being reclaimed by Gen Z TikTok and social media users in 2021.

These days the term refers to anyone (the word ‘bimbo’ is not gender-specific, and there’s even the term ‘himbo’ for anyone that identifies as male but wants to join in on the cause) that doesn’t judge others for valuing beauty, and values their own. In the past the term has been used to imply that women, especially hyper-feminine women, are stupid and unable to be both beautiful and smart. After years of collectively making fun of influencers and celebrities that monetize their beauty as a societal flaw, young people are banding together to argue that there’s nothing wrong with doing just that. In fact, it’s a way to cheat the oppressive, capitalist system that we’re all slaves to. The movement argues that beauty and brains do go together, and embraces a world where women can be themselves without having to fear that they’ll be perceived as stupid. The modern bimbo is beautiful, intelligent, and effortlessly nice, and we should all strive to be a little more like her.

If you want to read a thoughtful reflection on what it means to be a bimbo in 2021, this is not that article (that article is here, and it is very well-written). This article is simply a list of movies that will inspire your bimbofication process in 2021, including a roundup of some early aughts films that have served as the the blueprint for the modern bimbo. Lip gloss and all.

It should be prefaced that this list is largely void of racial diversity. There are, admittedly, not enough movies that correctly place Black women as the blueprint for many of the fashion styles that are popular again today alongside the bimbo movement. Bring It On is one of the few on this list that feature Black women at all, and even then it’s become a canon for profiling the systemic racism in the United States rather than simply letting young Black women be themselves, happily.

You can’t write a bimbo watchlist without bringing up one of the originals, miss Marilyn Monroe herself. Gentleman Prefer Blondes has a little bit of everything, including the classic bimbo hit “Diamonds Are A Girls Best Friend.” Monroe is considered one of the most prolific actresses in history.

Miss Holly Golightly was one of the many blueprints for the modern bimbo. She had lofty goals and worked on manifesting them often.

Pamela Anderson plays a night club owner that works as a bounty hunter on the side. A strong, powerful bimbo that owns a business—what more could you want?

When I think about Lisa Kudrow as a bimbo I think about her role in Romy & Michele, not as Phoebe from Friends. Those costumes are a work of bimbo art, and who can forget that the two um, invented Post Its.

Reese Witherspoon plays a bimbo that is underestimated by everyone professionally, so naturally she proves them wrong by getting into Harvard Law School. It’s also got a great supporting cast of bimbo’s including Paulette, played by one of Hollywood’s best bimbos, Jennifer Coolidge.

Nothing really needs to be said.

Brenda (Regina Hall) and Cindy (Anna Faris) are bimbo canon, and their Scary Movie characters remain memes to this day.

This movie showed an entire generation of theydies that you can be thirty, flirty and thriving—meaning that it’s possible to be a successful career woman and a self-obsessed girly girl at the same time. Repeat after me: Jenna Rink. Big time magazine editor.

Beyoncé as a bimbo. Mike Myers as a himbo. What more do you need?

Britney Spears stars in this coming of age film about three girls that travel to Los Angeles to make their childhood wishes come true. It also features Kim Cattrall, one of the blueprints for the modern bimbo that starred as Samantha in Sex and the City.

I feel as if this one speaks for itself.

Mia Thermopolis (Anne Hathaway) finds her confidence after learning that she’s a princess and learns to recognize that she can be both beautiful and intelligent.

Is this a bimbo movie? I’m really not sure, but it fits the vibe.

Cheerleaders that rob a bank. What more do you need?

Of all of the Kate Hudson bimbo movies (and there are a lot of them), this one is easily one of the most important. It’s about a woman that pretends to be crazy in order to get a man to do what she wants—a bimbo classic.

This movie stars Matthew McConaughey as a himbo treasure hunter that works with a billionaire to find a sunken treasure in the Caribbean. The real A+ bimbo performance here comes from Gemma Honeycutt (Alexis Dziena), the heiress and daughter to the billionaire.

May Brittany Murphy, a true bimbo angel, rest in peace.

Folks may I present to you, the bimbo magnum opus.

Again, a Brittany Murphy classic, Clueless serves as yet another blueprint for the modern bimbo. This movie was perhaps the defining cultural reset that paved the way for the beloved early 2000’s bimbos that we know and love today.

A himbo classic. Nothing more needs to be said.

Hear me out. This movie is a bimbo revenge film. The only villain in the film is Andy’s assumption that you can’t be both feminine and intelligent. Oh, and the boyfriend.

A group of teen girls seek to shed their good-girl nerd personas by cosplaying as bimbos during a summer sleepover. It stars Sara Paxton and a palette of frosted eyeshadow, so you know it’s the real deal.

In 2021 our expectations are high, and The House Bunny meets them all. This movie has everything. Not only does it seek to empower women by teaching them that they can be both intelligent and beautiful, but that they’re all beautiful to begin with.

Cher plays a burlesque night club owner in Los Angeles. It’s both empowering and beautiful to look at because it’s just pure glamour from start to finish.

This movie embraces sexuality and is unapologetic about it. I hate musicals, but I can’t help but be here for Mamma Mia.

Four women band together to scam a himbo that wronged them. A classic.

Also part of the bimbo blueprint.

Confessions Of A Teenage Drama Queen (2004)

Miss Kate and Ethan earn this one the award for best supporting bimbo and himbo, respectively.

Confessions Of A Shopaholic (2009)

Isla Fisher plays a category 5 bimbo that only wants to work so she can support her shopping habit.

I don’t know if this one exactly counts but it fits the aesthetic so we’ll keep it.

As one of the longest running bimbofication propaganda shows, The Powerpuff Girls is both empowering and fashionable, even after all these years.

Everything about this show is bimbo canon.

And, finally, the greatest bimbo production to ever grace American television.