We all know that the rich and successful people whichever category they fall into — whether businessmen, entertainers or even politicians — all have some sort of habit that makes them unique and highly productive.

Some of them do what we might sometimes consider extreme while others just practice more adaptable living principles — for example, James Altucher says he doesn’t go out with his smartphone, which i think is a bit on the extreme side for someone like me based on the nature of my job.

I’ve also seen someone who says he doesn’t own a laptop, that he does all his work on his iPhone, in as much as that’s fair enough, i still can’t imagine my life without a laptop to complement my phone so that i can work efficiently.

That’s just by the way, let’s talk about what Bill Gates did in his twenties which I’m sure most people (me for one person) wouldn’t have been able to cope with one of the things he ditched in order to focus on his software programming career.

In a post he published on his blog on December 3, 2018, he mentioned that he stopped listening to music and ditched TV too entirely just to focus on software as he felt music or TV would serve as a huge distraction to his work.

In the case of ditching TV, it would have been more understandable for many of us especially if you are into any creative work such as software programming, writing or other of such related work. But ditching music as well? That’s more on the extreme side for me as I wouldn’t have survived it.

For me, music is the therapy for blocking out the distractions of outside noise, such as people talking, car sounds or just about any displeasing noise that can cause a distraction for me.

I even have a collection of songs that I play whenever I want to swing to work mode as it turns off distractions totally, these are songs or soundtracks that hardly have someone singing over the beat, and in a case where the artistes does sing over the beat, it doesn’t distract me.

I also use what’s called “white noise” it’s mostly a set of curated sounds from nature, such as bird chimes, sea breeze and so many other sounds that doesn’t interface with our thoughts or distract us from work.

As for Bill Gates, he remained totally neutral as he never used any of these tools, although now he has started doing what most of us would like to do in the nearest future or probably already doing. “Meditation” which is a great way to refresh our mind and stay highly focused.

Meditation is such a great exercise for the mind & soul as it allows the human mind to clear out clutter and refresh, purging out unnecessary thoughts such as worry, and thoughts that could even lead to depression and anxiety.

It is no wonder many high achiever do it in order to remain highly effective and function well at work. Because a sound mind is a sound body as well.

Although Bill now listens to music and watches the TV, but he was able to abstain from these for a period of five years, that’s a long time if you ask me.

Bill says he loves listening to music from the Beatles, Willie Nelson and possibly other genres that sound alike, he also stated that he loves to watch TV shows like Narcos.

I remember during the time i was trying to write two of my books, I noticed that social media was such a huge distraction, it didn’t allow me focus on my writing as there would always be one notification or the other that’ll call for my attention.

They all seemed important, but these notifications or updates could actually wait, when I figured this was a major problem, I didn’t hesitate to ditch social entirely for about a year.

It became a transforming period in my life and career as i never thought i could accomplish more within the period of one year, i ended up writing for books instead of two.

Bill Gates stated that he was initially skeptical about meditation, his perception of it as at then was that it is a mythical belief connected to reincarnation in a way.

But after getting a better understanding of what meditation really is, he now does it — even alongside his wife most time — for about two or three times a week, and this takes something around 10 minutes.

He further said that he now sees meditation as exercise for the mind, similar to how we exercise our muscles. 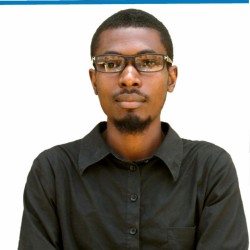 Turner Dré Parker is a Contributor at GritDaily. He is a certified personal success coach, independent broadcaster, writer and who contributes on authority platforms worldwide. He is the founder of EC'Mag, a magazine platform that focuses on interviewing proven entrepreneurs worldwide.