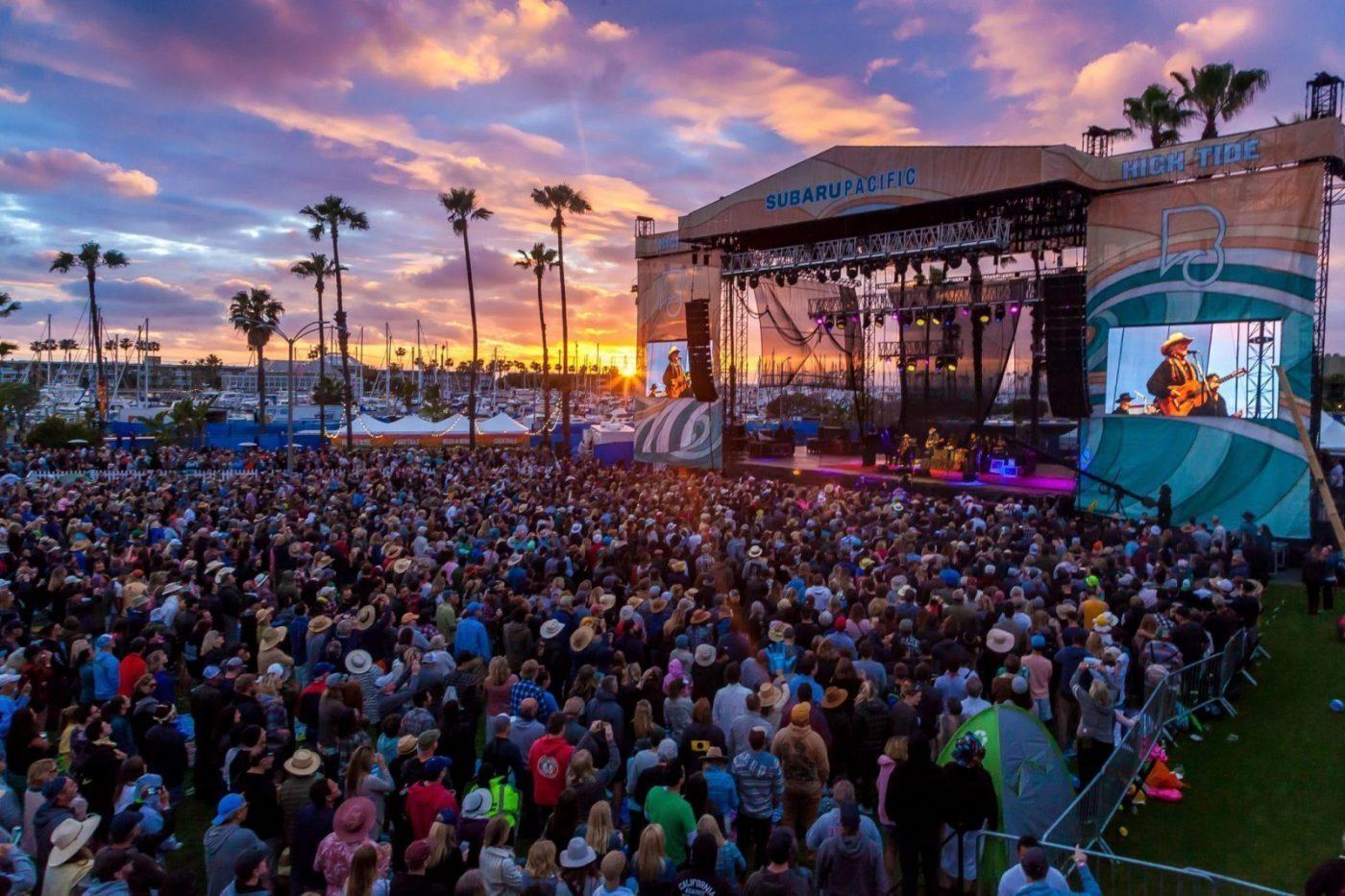 Coachella has its Ferris wheel. Burning Man has its, well, burning man. BeachLife Festival has its own iconic centerpiece — the Pacific Ocean.

In its inaugural year, BeachLife did something that hasn’t happened before by hosting a major music festival on the beach in Los Angeles’ famed South Bay.

The “good vibes” atmosphere of the music festival meshed flawlessly with the gorgeous Redondo Beach setting. As laid-back as the event seemed on the surface, energy was high when the sound waves hit the water waves.

Jim Lindberg, singer of the punk band Pennywise from bordering Hermosa Beach, is the visionary curator of the festival. Lindberg’s music career emerged from this very area and flourished thanks to the influences from and relationships with many of the headliners.

Then, there was the artist probably most fit for the scene, the pioneer of beach sounds, Brian Wilson of The Beach Boys.

The stacked lineup got even better when many artists joined forces during their sets throughout the weekend.

BeachLife’s first day could have been its own event (as could most of the days, honestly).

Bob Weir and Wolf Bros highlighted the lineup. Fans were grateful for the set of mostly Dead songs, including “Jack Straw,” “Me and Bobby McGee,” and an encore of “Ripple.”

Weir also appeared during Slightly Stoopid’s set, which only added to the excitement of another guest appearance by Charli 2na of Jurassic 5.

Brian Wilson’s performance was the opus of the second day, if not the entire weekend. After enduring years of health issues, including a recent back surgery that required him to be wheeled on stage, Wilson delivered a nostalgia-packed epic of Beach Boy favorites.

The performance proved that there is probably no place more poetic for Wilson — born in nearby Inglewood — to perform his iconic beach tunes. He was joined by Beach Boys guitarist Al Jardine and former member Blondie Chaplin (guitar, vocals).

Although Jason Mraz didn’t wear his familiar fedora, he did play his fan favorite hits. Art Alexakis of Everclear made a rocking return to Redondo Beach, which Alexakis has a fascinating history with, and delivered passionate performances of “I Will Buy You a New Life” and “Santa Monica.”

In case you were wondering, Willie Nelson knows how to close out a festival.

Leading up to that, Ziggy Marley lit up the stage with some originals and many covers of his father Bob Marley, the other unofficial artist of good vibes. Blues Traveler excited the crowd with a fun rendition of one of the most quintessential songs from the ‘90s, “Run-Around.”

Nelson finished off the day with hits “On the Road Again” and “Always on My Mind,” as well as guest collaborations with John Popper, the frontman for Blues Traveler, and The Doors’ drummer John Densmore.

In an era where music festivals are as much a trendy social status as they are an experience, BeachLife was a decidedly laid-back event that said, “Hey, we’re just here to have a good time.”

There was nothing trendy about the three days of nostalgia indulgent hits that date as far back as the ‘60s. In the end, that wasn’t point.