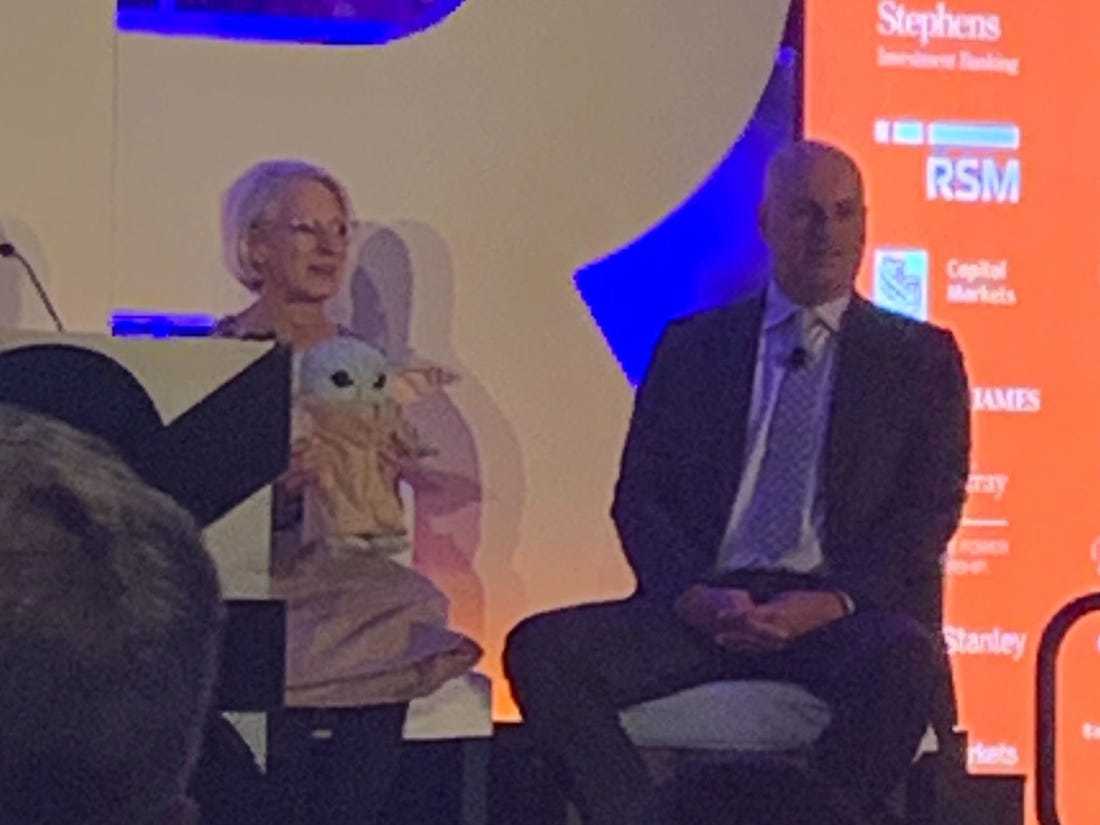 The viral phenomenon that is ‘Baby Yoda’ which has taken the internet by storm is now finding its place in the mainstream marketplace. Did you know that currently, Baby Yoda (the adorable creature from Disney+’s Star Wars series “The Mandalorian“) currently trends higher than all the presidential candidates combined?

But, what you should pay attention to is the rate of interactions Baby Yoda has, ranking only 10th in terms of the number of articles (1,368) written about it. However, the data displayed below only captures interactions with news stories, not taking into consideration the insurmountable number of Baby Yoda memes and native content on social media. Aka a far-wider reach.

And with Build-A-Bear’s recent announcement on Tuesday, they might just be one of the smartest companies to capitalize off this internet phenomena. In its announcement, Build-A-Bear shared news that it secured a licensing deal that would allow it to bring the cute alien to its stores as soon as possible…and it’s a plush!

The official Build-A-Bear announcement for its plans to debut The Mandalorian character took place at the ICR Conference in Orlando, Florida by the company’s CEO Sharon Price John.

“I’m excited to share we will be one of the first companies to provide the digital and internet phenomenon who is trending higher than all the presidential candidates combined,” John said.

The first image was shared in a tweet by Business Insider on Tuesday:

Baby Yoda merchandise has been not-so-slowly trickling in from third-parties on Etsy, clever targeted ads on Facebook and Instagram and beyond. You can also find a number of t-shirts at Disney Parks featuring “The (freaking adorable) Child.”

However, on the “toy” front, we have still be waiting on the edge of our seats. As reported last month, Hasbro also announced a Baby Yoda doll, but it won’t be available until May. Funko also released a Baby Yoda POP! Vinyl bobble head, only available for pre-order.

The Sims 4 also recently incorporated its own in-game digital asset users can purchase: a “statue” of The Child that would exist in “build mode.”

The Build-A-Bear cutie will reportedly be available in the coming months, hopefully beating Hasbro and Funko to the punch, because frankly, I cannot wait any longer to love and cradle my very own force-wielding, precious, little green babe. I may or may not have already cleared a spot for him on my bed between my throw pillows.