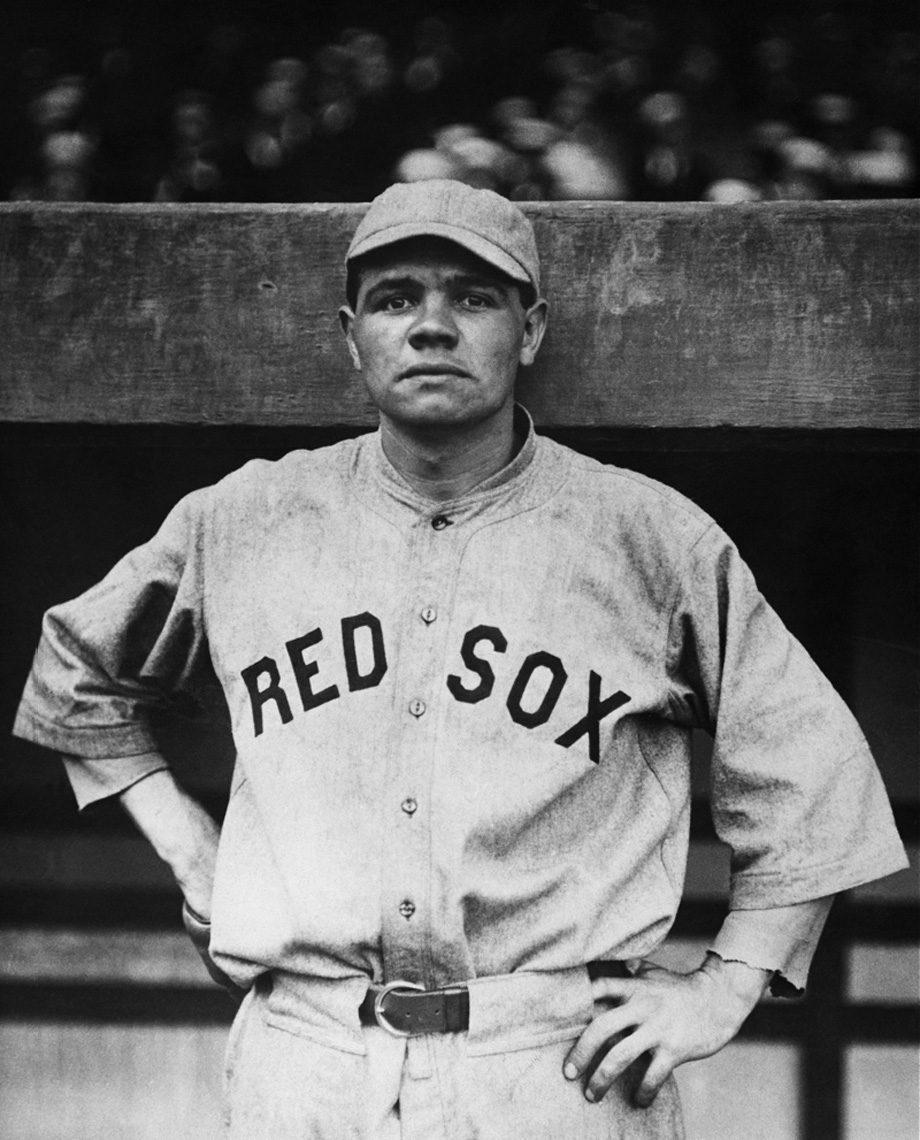 Babe Ruth, the consensus greatest baseball player of all-time, was traded from the Boston Red Sox to the rival New York Yankees 100 years ago today at the time of this piece, December 26, 1919, for $25,000, ushering in the Curse of the Bambino, infamous particularly for those living in the New England area.

Rumor once had it that then-Red Sox owner, Harry Frazee, who had ties to musical theater, viewed Ruth’s sell-off as a means of securing financial capital for his next big theatrical production, No, No, Nanette, which has since been debunked, though remains a gloriously hilarious nugget in the story of the game’s greatest figure.

Prior to becoming the game’s biggest draw known for his towering home runs juxtaposed to his burly physical stature, the Baltimore native was a star pitcher for the Red Sox, pitching to a 2.19 ERA, 125 ERA+, 2.76 FIP, all while winning 89 games.

Ruth was also a centerpiece on two World Series-winning Boston teams in 1916 and 1918, at point tossing the longest complete game, 14 innings, in the 1916 series against the former-Brooklyn Robins (now Los Angeles Dodgers).

The point here is that Ruth could’ve coasted to Cooperstown had he remained on the rubber, but it was his offensive prowess that further elevated him to mythic heights of popularity.

Boston’s failures, as well as the Yankees’ ensuing ascendancy to baseball’s throne following Ruth’s departure, are well-documented, so talking at length about them would be akin to beating a dead horse.

For the Yankees, a team with just 3 second-place finishes in their franchise’s history through 1919, the arrival of Ruth signaled the beginning of the Evil Empire. From 1920-34, the fifteen seasons in which Ruth donned the pinstripes, the Yankees won 7 American League pennants and 4 World Series, while finishing second in 5 of those seasons.

Ruth would amass 142.4 WAR during his time in New York, the most during this stretch. The runner up during this period, second basemen Rogers Hornsby, totaled 100.3 WAR, reflecting the discernible degree of separation. Simplified conclusion: there was Babe Ruth, and there was everyone else.

And despite the fact that the Bambino’s former employer, the Boston Red Sox, snapped the 86-year long curse when they swept the St. Louis Cardinals in 2004, as well as the Colorado Rockies in 2007, along with additional WS-wins in 2013 – again against St. Louis – and 2018 versus the Los Angeles Dodgers in 1916 rematch, the New England air, especially around Yawkey Way during baseball season, whether it’s April or October, exerts an amalgam radiation of shame, disgust, and confusion surrounding the most lopsided trade in North American sports history.