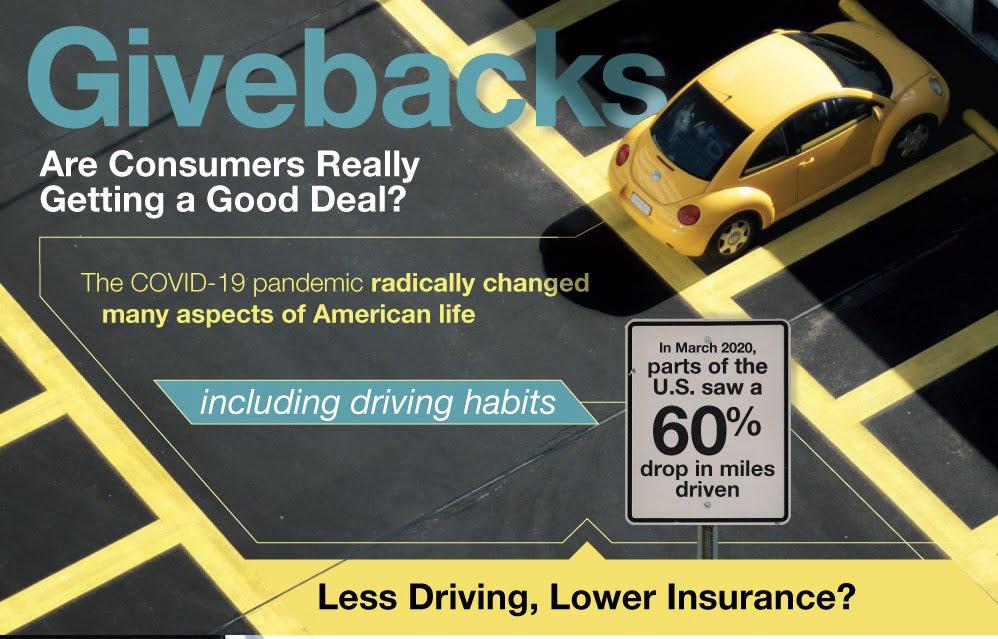 Looking back at 2020, a lot of things changed in the lives of Americans. One of the major changes is how much people are driving. With nowhere to go and the fear of the virus keeping people inside, some parts of the United States saw as much as a 60 percent drop in mileage. Driving less means less of a chance of a low-speed accident. Autonomous vehicles will also have their part to play.

2020 also brought with it financial struggles for many Americans. With both of these factors in mind, many auto insurers decided to give back to their policyholders. This includes waiving deductibles for commuting healthcare workers. Big companies such as Allstate and Geico have also decided to refund premiums in response to the drop in mileage. Premiums decreased by 25 percent in 2020. The refunds totaled $14 billion with State Farm at the top with $4.2 billion in savings.

Is a Full Refund coming?

Most likely not. For some, there was actually an increase in mileage due to gig work. Apps like DoorDash and Grubhub, as well as an increase in online shopping, has caused an increase in deliveries. Another reason there will not be a full refund is because there could be a variation in the severity of accidents. This is because fewer cars on the road means less traffic and less traffic means a greater chance for high-speed accidents. It seems paradoxical, but driving less could actually mean more insurance claims. There was a 50 percent increase in accidents while driving over 70 mph. Less driving could mean more severe accidents and higher cost claims.

An important factor in looking at auto insurance is risk pools. Insurance companies have to insure everyone across the country at varying levels of risk. A “risk pool” is the name given to the different groups created to sort drivers. High-risk drivers are mostly teenagers and those with a history of traffic violations. This group has higher premiums, so driving less could reduce costs. Low-risk drivers are experienced drivers who have no history of tickets. Auto insurers use risk pools to spread claim costs across more individuals to keep costs lower. Knowing your risk pool can help you move forward.

The Rise of Autonomous Vehicles

However, all of this could possibly change with the coming of self-driving cars. Ninety-four percent of accidents are caused by human error with factors such as speeding, distraction, and drowsiness. Autonomous vehicles could lead to lower premiums and fewer insurance claims. However, it could also lead to a shift in liability. If the driver is in control, normal insurance would prevail. Who is liable if the car is an autonomous vehicle?

One potential solution is to have the vehicle manufacturer provide the insurance instead of a traditional auto insurer. This would eliminate the need to figure out who is liable in an accident. The manufacturer could compute the exact likelihood of an accident occurring. It would also decrease premiums as few accidents are likely to occur.

With this, autonomous vehicles could drop premiums by $25 billion by 2035 – see more in the visual deep dive below:

More from FinanceMore posts in Finance »