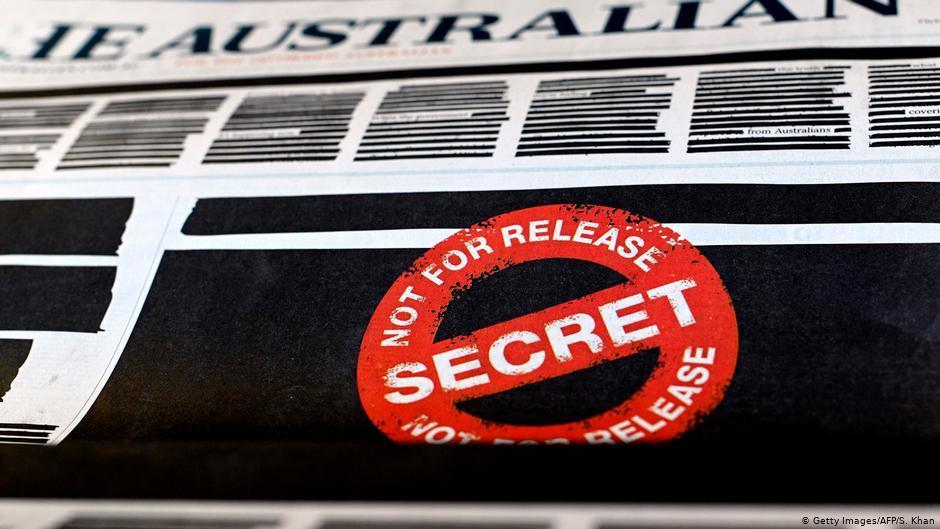 Journalists like CNBC’s Lora Kolodny and Forbes’ Marty Swant have had enough. American journalists, they’ve spoken out publicly against attacks — physical, legal, and verbal — in the wake of government action in and in response to Jamal Khashoggi’s death and a secret government list that tracks and spies on journalists.

So too, have journalists around the world. Just this week, their Australian counterparts are taking it a step further by removing the news entirely.

In the wake of recent laws passed by the Australian government, daily newspapers are showing unity by speaking out against government assaults towards the press.

Australian newspapers protested against secrecy laws and defended press freedom by blacking out their front pages on Monday. Some of the newspapers include The Australian, The Sydney Morning Herald, and the Australian Financial Review.

Why the black out?

These media outlets claim that redacting the front pages is a way of calling for press freedoms in the nation. Next to the blacked-out front page, they put red stamps labeled “secret.”

At the head of it all is Australia’s Right to Know coalition, which claims to advocate “for improved access to information, open government and transparency within” the government. Supporters of the demonstration include several television, radio and online media outlets.

How have media executives and politicians responded?

Every time a government imposes new restrictions on what journalists can report, Australians should ask: What are they trying to hide from me?

Lisa Davies, an editor at the Sydney Morning Herald, tweeted:

This is not a campaign for journalists – it’s for Australia’s democracy.

Those in power don’t want the public to know what they’re up to and are shutting down transparency and accountability to serve their own interests.

The Greens are the center-left political party of the nation.

An early October study conducted by the Australian Right to Know coalition shows 87% of individuals say it is important for the country to be “free” — but only 37% believe it currently is.

80% said whistle blowers should not be tried in court as criminals because they help shed light to the truth.

The majority of individuals interviewed also state over the past decade the Australian government is hiding information on important issues regarding funding for political campaigns, climate change, and immigration.

Police officers conducted a raid on the Australian Broadcasting Corporation (ABC) and the home of News Corp Australia journalist Annika Smethurst, leading to severe backlash and were also condemned by broadcasters and rights groups.

The legality of the raids is currently ongoing in the high court.

The companies claim the raids came soon after the government learned about the release of private articles from whistleblowers.

One article discusses acts of war crimes and another article details the Australian government’s plan to spy on its citizens.

The Guardian is also joining the campaign and is calling for the right “to challenge government applications for warrants against journalists, exemptions for journalists to laws that would see them jailed for doing their job, legislated protections for public sector whistle blowers and reforms to both freedom of information and defamation laws.”

Lobbying from media outlets in Australia continues to allow journalists the right to be protected when releasing sensitive and secretive information.

How it ties into Hong Kong

These issues are not only occurring in Australia but are extremely prevalent with the ongoing situation in Hong Kong.

China faces controversy for having surveillance systems throughout the nation including Hong Kong, which is under the control of China and has its own limited autonomy.

Reports claim there is a surge of interest amongst elites and young professionals to buy property in Australia to escape the protests.

Chau Fuk Yau, a wine seller in Hong Kong, plans on moving his family to Australia saying, “I think for the education, for the environment, for children growing up, Australia is a good place compared to Hong Kong.”