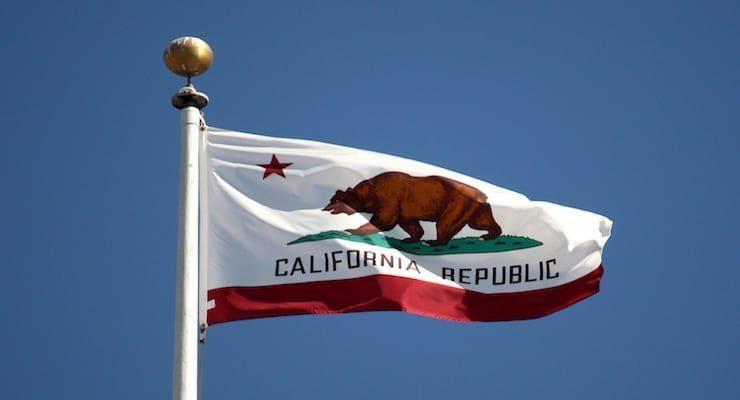 Not even one month has passed since the implementation of California’s newest data privacy regulations, and some winners and losers are already beginning to emerge. As companies across the country work to comply with this new state law, fundamental shifts are happening and some brands are going back to an older style of data collection and usage.

How this retreat is viewed depends on who you’re talking to. Industry veterans like Dawn Colossi, chief marketing officer at FocusVision, see the return to more traditional forms of data collection as a good thing. Colossi believes that brand identity and awareness are making a comeback thanks to CCPA and other data privacy laws.

Others in the industry have a different view on what returning to older forms of data collection will ultimately mean for technology and marketing firms. At Blis, a firm that specializes in real-world intelligence, Chief Technology Officer Aaron McKee says the return to traditional data marketing strategies could be seen as a disadvantage, where companies are retrenching to old styles of data usage, either because of cookie challenges, the General Data Protection Regulation (GDPR), or other fundamental shifts.

“On one side, we’re seeing the re-emergence of contextual targeting, which doesn’t require personal data as an important targeting mechanism but does ultimately create less relevant ads and lead to the proliferation of content farms and clickbait,” McKee says.

This shift in approach may ultimately lead “bad actors” — that is, companies that simply ignore legislation — to experience short- to mid-term gains, as they are able to drive better performance without as much concern for how data is obtained or deployed.

The news is not completely dire for companies just trying to play it straight. Regulatory privacy updates could also help reduce the fear, uncertainty, and doubt that people have around data collection. While companies still need to mature how they respond to user requests to opt-out of the sale of their data, McKee says it does not change the fundamental mechanics or nature of how data is collected and used.

Other big winners in the CCPA shakeout could be tech giants like Google and Facebook. Big data holders who find it difficult to exert reasonable controls over how their data gets used could see revenue gains in the coming years, McKee predicts. The tech giants also have the infrastructure required to navigate the subtleties of regulatory nuances that could crush the businesses of smaller competitors.

“First and foremost, we in the industry should be supportive of the move for greater transparency and control for users over how their data gets used. At the same time, we need to also be sympathetic to publishers who rely upon advertising to produce the content we all consume,” McKee says.

The CCPA is opening up the door for new opportunities for software vendors to lead on privacy and become consumer advocates, as well, says Gregg Johnson, CEO of Invoca, an AI-powered call tracking and analytics platform. Companies that are proactive in establishing clear policies that apply both internally and to external vendors stand to emerge big winners in this new era of consumer privacy.

“We are at a juncture where a brand’s privacy track record is a big part of their reputation,” says Johnson.

Some companies are seizing new opportunities created by the implementation of CCPA as they work to position themselves as leaders in the consumer privacy space. The mobile advertising, location solutions, and data company Gimbal recently launched a mobile app that gives consumers more control over how their data is used. Other companies are working on similar initiatives that would honor the requests of consumer opt-outs.

“Privacy has become a mainstream topic—and concern—for many Americans,” says Gimbal Chief Operating Officer Matthew Russo. “Even though most organizations in our space think very deeply about the implications of processing and using such sensitive data and have built safeguards to protect against these violations, we felt there was an opportunity to give consumers more choice.”

According to a recent report by customer data platform Tealium, 43% of consumers say they are willing to exchange data for discounts, opening the door to even more opportunities for brands to engage. In an interview with Street Fight, Tealium CEO Jeff Lunsford said that while all data privacy acts have their differences, they point to the same truth—that technology companies must manage customer data the way their customers expect them to manage it. Firms that do this can expect to come out winners in this new battleground, and those that do not can expect to experience severe pushback from both consumers and regulators in the coming years.

“That means keeping [data] organized, accessible, and protected, and using it to provide value back to the consumer,” says Lunsford.

FocusVision’s Colossi believes the long-term impact of CCPA and GDPR will be a higher standard for marketing, as marketers will need to understand how their customers think and feel — about both their services and data collection or marketing itself — in order to attract, sell to, and retain them.

“We need to understand what [consumers] care about and create helpful content around that which attracts the right target,” she says.

On that point, Blis’ McKee seems to agree. He says companies need to start investing in robust data architecture that allows fine-grained control over how each piece of data gets processed if they want to come out on top. Where data volumes shrink meaningfully, companies will need to shift from targeting directly based on the observed data to using the data as a seed panel for statistical modeling and extrapolation over non-PII signals.

“Ultimately, as CCPA-compliant notifications and consent management frameworks gain adoption across California, we’ll get a better sense of the amount of available data and how that may impact collection practices,” McKee says. “But we believe most users will understand the value exchange between accessing free content on the Internet and allowing reasonable use of non-sensitive data.”

Published in Consumers, Cyberspace and Technology, News and Tech