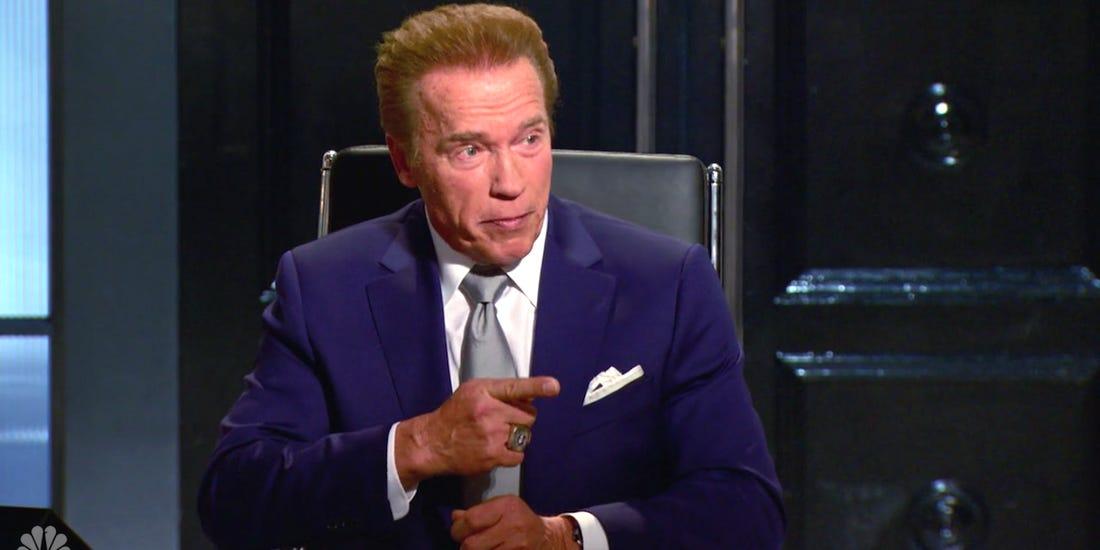 Imagine a whole lot of Arnold Schwarznegger robots walking around the world. We’ve already seen it in James Cameron’s bleak future of the world, but what about in the real world? It could and probably will happen. A company in Russia, for example, recently made an Arnold robot. The former governor is not pleased.

Arnold is suing the company, Promobot, for $10 million (Source: TMZ). They used his likeness without his permission. The robot itself is a horrifying version of the actor star. Arnold’s legal team claims “such activity diminishes his hard-earned and well-deserved reputation as a major motion picture star.” Promobot is using Arnold’s image to sell their product, called Android Robo-C. People can customize the robots to make them look like anybody they know. What a world, huh?

Making the matter all the more hilarious, Promobot actually asked Arnold to attend a press event with the robot. Back in 2019, reps from the company asked if he’d attend a conference in St. Petersberg and deliver a speech. Arnold, of course, declined. The company has even been using the Arnie bot on Twitter to promote their product, which is another issue for the governator.

Back in January, Promobot once again used the robot to publicize itself at CES in Vegas. After that, Arnold’s very famous celebrity attorney, Marty Singer, sent a decease and desist letter asking the company to stop what they were doing. They did not stop. If somebody gets a letter from Singer’s office, there are plenty of reasons to be scared.

A Sure Thing of a Case

These cases are likely a slam dunk for Singer. In the past, he got over $2.5 million because someone used Priscilla Presley’s likeness. According to Singer, she’s “far less commercially valuable” than Schwarzenegger. The actor won’t accept less than $10 million from Promobot.

Months ago, the company said they’d stop using the doll, but then they went against their word and used the bot again at the New York Toy Fair. It was the straw that broke the camel’s tender back. Arnold and Singer pulled the trigger on the lawsuit as a result. Arnold wants punitive damages, attorney fees covered, and any profits the Russian company has made on the robot.

Not the First Time

The former governor and bodybuilding champion has filed lawsuits before over companies using his likeness to sell products. Six years ago, he sued a company for making a bobblehead of him in a suit holding an assault rifle. At the time, Arnie’s attorneys argued doing so “misappropriated Schwarzenegger’s name, photograph and likeness for a commercial purpose,” which goes against California’s “right of publicity” law.

The law is meant to prevent anyone from using a person’s name or likeness to increase sales. In the end, the Ohio bobble making company and Arnold settled out of court and they kept selling a doll of the action hero without holding a weapon. Which was a part of Arnold’s real problem.

Arnold’s wins in and outside of court have raised an array of questions about using likeness and parody. Is a public (and political) figure such as himself fair game? For parody, maybe. As long as it’s parody, depiction is usually fine, but Arnold’s cases have raised questions about the first amendment. Most likely, the cigar-smoking, bodybuilding macho man will win this case without any trouble. Even if the robot doesn’t looks more like a sea monster than our favorite action star.

When Will Arnold the Movie Star Return?

Once the governor is done with the lawsuit, hopefully we’ll see him in more movies again. He’s made some unconventional Arnold movies the last few years – some good, some not – but he’s yet to have a massive hit like the old days. The idea of another action epic starring the man who helped define them in the ‘80s? Yes, please.