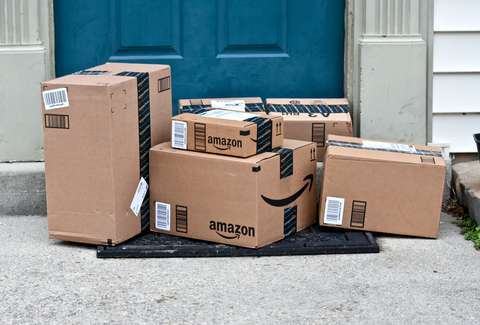 Are They Bots? How Amazon Is Shoving Propaganda Down Your Throat

If there is one thing that the world knows about Amazon, it’s that its worker conditions are less than spectacular. The company has been famously criticized in the past for its unhealthy expectations put on workers in its fulfillment centers. Often, in order to keep up with the massive demand for products within Prime Now’s two-day shipping window, workers are asked to package a startling amount of orders within one eight hour workday. As a result, working conditions border unhealthy, and the company’s surveillance system is meant to keep workers obedient, rather than safe.

Over the years, reports of inhumane work practices have surfaced around the internet to show that Amazon treats its employees as if they should work like robots, rather than humans. Things like outrageous quota expectations, discouragement to unionize, and even expectations that employees should consider skipping bathroom breaks in order to meet demand are among just a few of the wild accusations. Most outrageous (and true) however, is that Amazon patented and forced employees in its fulfillment centers to wear a special bracelet that monitors their every move, reporting any slackers to higher up officials.

To combat the growing concern over working conditions in Amazon’s fulfillment centers, the company has spent the larger part of the last year implementing new policies to increase consumer trust in the company. Things like increased wages and a program to advocate for a national minimum wage increase were implemented last fall. The wage increase went into effect just before the surge of the holiday season. Amazon knew it needed to hire a significant amount of seasonal employees to keep up with demand, but its bad publicity surrounding working conditions in the fulfillment centers was a major road block.

Most recently, Amazon started creating programs to increase transparency surrounding the work culture within its many fulfillment centers. A tweet from an account called @amazonnews encouraged consumers to “book a tour” of their local fulfillment center to get an up close and personal view of what the day to day conditions are like. Many users, however, pointed out that it allows Amazon to control when people enter the facilities in a way that could only show what the company wants people to see. It’s all very familiar for anyone that’s heard of the fake village along the North and South Korean border (known as the DMZ) that the North Korean government set up to try and convince DMZ visitors that there are people in North Korea that have basic human rights.

To make things even weirder, some apparent accounts that belong to actual fulfillment center workers are hitting Twitter in droves to preach that their employer creates a fantastic work environment. “Move along, nothing to see here,” is the overall attitude in the many, many posts that have popped up on Twitter recently. Some of the tweets are very robotic and oddly placed around Twitter as a way to argue with anyone that tries to say that the work environment is less than satisfactory.

It’s me again, I appreciate your concern for the employees. Every day is an improvement inside the warehouse. But one thing is; there is actually an open door policy at the FCs, which allows us to directly communicate with our managers if we have concerns or issues.