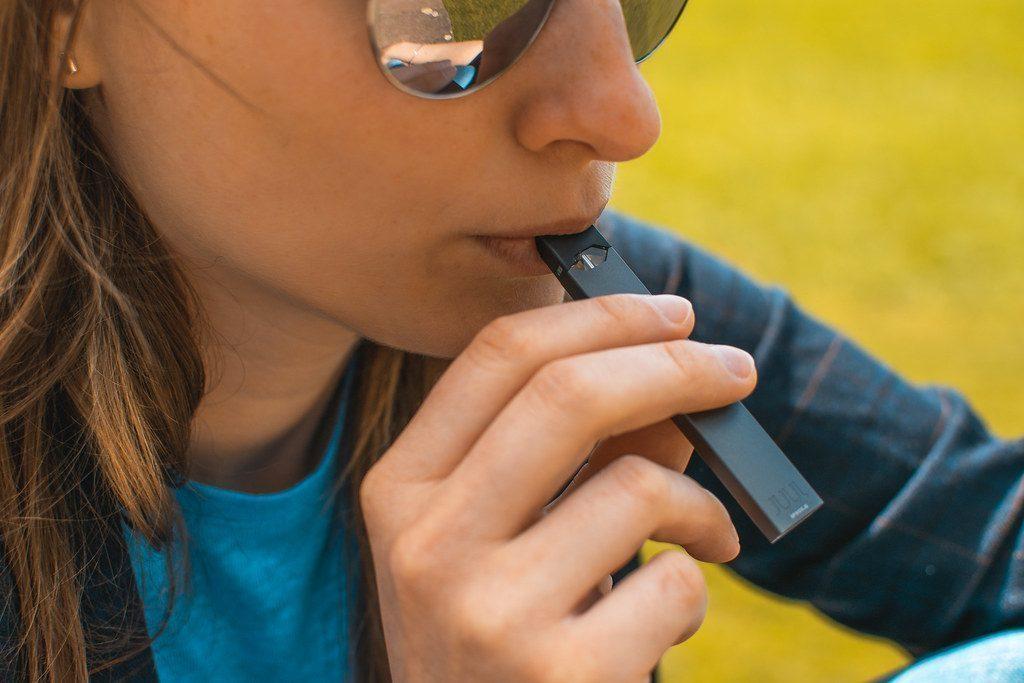 Are Puff Bars the New Juuls?

Puff Bars are the newest phenomenon when it comes to vaping. Two years ago, everyone and their little sister were hitting the Juul, but now a new trendy nicotine delivery system is taking over the market.

Puff Bars are actually pretty similar to the classic Juul, but with a few essential differences. Like Juuls, the bars look like USB drives and easily fit in pockets, wallets, or wherever else you might want to stash them. They’re simple, easy to use, and easy to smoke discreetly.

Unlike the Juul, Puff Bars still come in tons of delicious sounding flavors. In 2019, Juul pulled certain flavored pods, giving Puff Bars an immediate leg up when it comes to flavoring.

The vapes come in flavors like Blue Razz, Pink Lemonade, and O.M.G. (Orange, Mango, and Guava). These flavors are certainly more appealing than classic tobacco to most demographics. They do offer a tobacco option though, for traditionalists.

The Puff Bars are also disposable, meaning vapers no longer have to stress about losing their expensive Juuls at a party and spending more money on a replacement. No more messing around with pods, its just one easy bar you can chuck out when it’s empty.

Vaping exploded onto the scene in recent years, becoming nothing less than a cultural phenomenon. My mom came over to my house last night and asked if I want a hit of her vape. She’s a lifetime non-smoker who works at a bank. It’s everywhere, and if you don’t see it, it’s because you’re not looking close enough.

Juul was a huge part of this major smoking renaissance. People who had never smoked nicotine in their lives suddenly had an easy and discreet way to smoke with appealing flavor options and a supposedly healthier alternative to cigarettes. The problem, besides the obvious addiction and health problems associated with smoking, is that a huge part of this market was teenagers.

Underage kids vaping is widely reported on, discussed, and analyzed in the media. Everyone is worried about Big Tobacco getting their hooks into kids in new and different ways.

Juul is facing significant backlash because of this, and they have pulled all their flavored “pods” from retail stores. They are now only available online.

Puff Bars swooped in and filled that hole in the market. Teenagers continue to want to smoke, without the dangers and obvious smell of traditional cigarettes. The various flavors and the incognito nature that puff bars provide attract minors easily. And they don’t have to jump through the hoops to get flavored Juul pods.

“I started smoking Puff Bars because I had quit Juul, was stressed out at work, and couldn’t step outside to smoke a cigarette. Juul had taken away the mint flavor I enjoyed and was giving me a serious cough and a wheeze. Puff Bars are easy to conceal and can be hit literally everywhere.”, said an anonymous Puff Bars user, “Puffs are cool and all but my issue with vapes is that they are SO accessible that you don’t have to think to hit it, it becomes instinctual and is always within reach. It makes your nicotine habit that much worse without realizing it. Never mind the fact that there truly is so little research done on them at this point that it could be the equivalent to lead in toys in a couple of years ya know?”

In response to the significant national concern about vaping, the Trump Administration considered banning flavored e-cigs altogether. Although, the President goes back and forth on the issue. If this happens, both Puff Bars and Juuls will be things of the past.