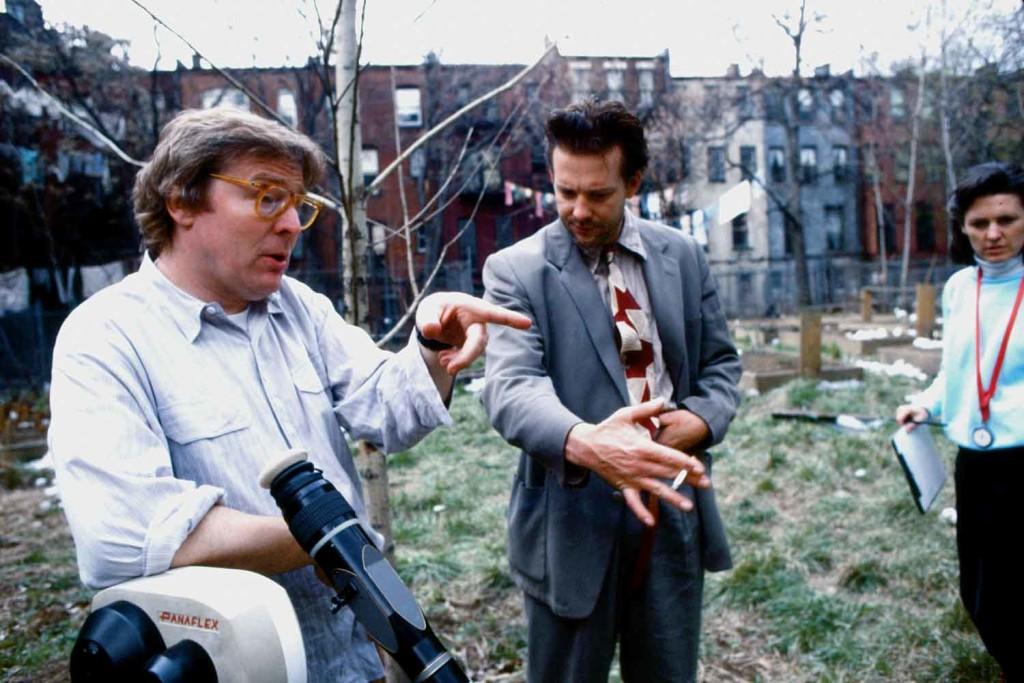 The world lost a visionary today. Filmmaker Sir Alan Parker passed away at the age of 76. Parker is a highly influential director behind such classics as Angel Heart, Midnight Express, Pink Floyd – The Wall, and one of the most enjoyable musicals ever put to celluloid, Bugsy Malone. Parker’s contributions to cinema will live on forever.

The Life of Alan Parker

Parker was born on February 14, 1944, in Islington, North London. The artist began his career as a copywriter before turning towards directing commercials. He directed his first movie in 1976, Bugsy Malone, starring Jodie Foster and director Dexter Fletcher (Rocketman). It’s one of the most original, playful, and funny musicals around. The gangster musical starring kids is a blast. In a statement, Fletcher remembered Parker fondly:

Sir Alan inadvertently changed my life at the age of 9 when he stuck me at the end of a line of 30 kids, passing a baseball bat, all whilst saying ‘Give this to Babyface’. He told me to say something different on every take (In the one he used, I said ‘I am Babyface!’) He generously made each moment unique and fun and it’s something I endeavour do as a director, with child and adult actors, to this day. I’m extremely proud that people still recognise me from Bugsy Malone 45 years later. It’s a testament to the pure joy of Sir Alan’s first film.

Parker was deeply experimental, a true artist who pushed the envelope in different genres. Great filmmakers such as Danny Boyle (Trainspotting) have always cited him as a major influence. Parker showed audiences what they had never seen before, starting with Bugsy Malone and moving forward with The Wall, Midnight Express, and Angel Heart. He was a true original, always making different movies but with the same ingenuity and passion. “I was once described by one of my critics as an aesthetic fascist,” he once said.

Parker broke out most famously as a director with Midnight Express, which was written by Oliver Stone. Although only Parker’s second movie, it earned six Academy Award nominations, including Best Picture. The classic has been remembered, talked about, and even parodied throughout pop culture since its release. Nobody ever forgets Midnight Express, which is true for a lot of Parker’s movies.

There’s such an intense madness throughout much of Parker’s work. There’s an unnerving quality in many of his movies that’s felt deeply down in the bones. He knew how to paint a world and invite audiences into it and feel its despair. It’s why he was perfect for Angel Heart, a classic noir that is sinister and evil in all the right ways.

Parker conveyed more real life evil in Mississippi Burning, which was nominated for Best Picture. The last movie Parker directed, sadly, wasn’t as inspiring or as successful as his earlier works. Parker last directed Kevin Spacey in 2003’s The Life of David Gale, a movie that left audiences and critics cold. At the end of the day, though, few true artists aren’t without failure.

Alan Parker’s name means a lot to movie fans and cinephiles. He made movies for movie fans, not just general audiences. Parker, who had five children and seven grandchildren, will continue to inspire for years and years. Although the filmmaker is no longer with us, his films and unique voice always will be.

Cinema would be a much less exciting medium without artists such as Alan Parker, who was also appointed a Commander of the Order of the British Empire, plus knighted by Queen Elizabeth II. During his 76 years of life, Parker lived a beautiful artist’s life. He will be missed.