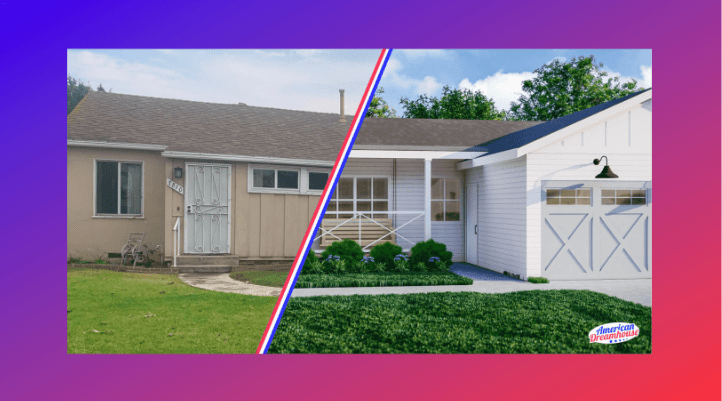 American Dreamhouse is making their own kind of series about fixing and flipping houses. In 30 to 60 second episodes, viewers will greet a house flipper, learn about their latest project, and have the opportunity to invest themselves. The episodes will air on Instagram and YouTube.

The episodes will show properties go from demolition to renovation to staging to finally, selling the house. Audiences can invest and, in the best circumstance, share in the profits from the house flip. The final episode will reveal the final state of the house. “People fantasize about buying fixer-uppers, turning ugly duckling houses into swans through sweat equity, and making a quick return on their investment. American Dreamhouse is a way for people to experience the transformation vicariously–and to reap the investment benefits–without doing the physical work,” said Janine Yorio, who’s the producer of the American Dreamhouse series and co-head of real estate at Republic.

It’s the first series to allow audiences to invest in property. Upcoming episodes will focus on properties in Atlanta, Dallas, Nashville, and Los Angeles. People can already invest in season one’s house, based in Los Angeles, California. Megan Blu, who started in design after college, is flipping the house. “We’re living in this neighborhood in LA called West Chester, which most people still don’t really know where it is,” she said. “By 2013, West Chester was ripe for a makeover, so I decided it was time to go to work. Mind you, I had no idea I was going to finance that venture and I had never flipped a house before.”

The first house, however, led to a career in flipping houses. “The first house I purchased, I walked into the open house, and most people walked in and right back out the door,” Blu added. “It was that bad. I thought, this is perfect. It was a total dump. There were a lot of doubters, including my realtor, so I got a new realtor. The house was a huge success. It sold well over asking, and I’ve been doing this ever since.”

American Dreamhouse did a nationwide casting call in search of veteran house flippers with profitable history. Blu, for example, was selected from a wide range of house flippers. American Dreamhouse will continue to highlight house flippers all over the country. The company’s micro-format show is the first designed for vertical video and, again, that allows audiences to invest in a property. Imagine if Shark Tank let watchers invest.

Shows about house flipping have been popular throughout the years. HGTV, as an example, was the top-rated cable entertainment channel in July, 2020. That particular cable network attracts millions of viewers for its shows, including Fixer Upper, Flip or Flop, and Property Brothers. American Dreamhouse is hoping for similar success.

As for the finances, they are handled by Republic. It’s an online platform that, according to the press release, “allows both accredited and non-accredited investors globally to invest in private opportunities.” Thus far, Republic has closed over $150 million in investments. With American Dreamhouse, that number may go up. Even on Dreamhouse’s homepage, there’s already an offer to invest in the Los Angeles property already. The company has already raised $40,000 from investors. The page depicts the house’s transformation, at least on the outside, and it’s a remarkable transformation.
If you enjoyed this content, consider signing up for a subscription providing exclusive stories from Grit Daily.