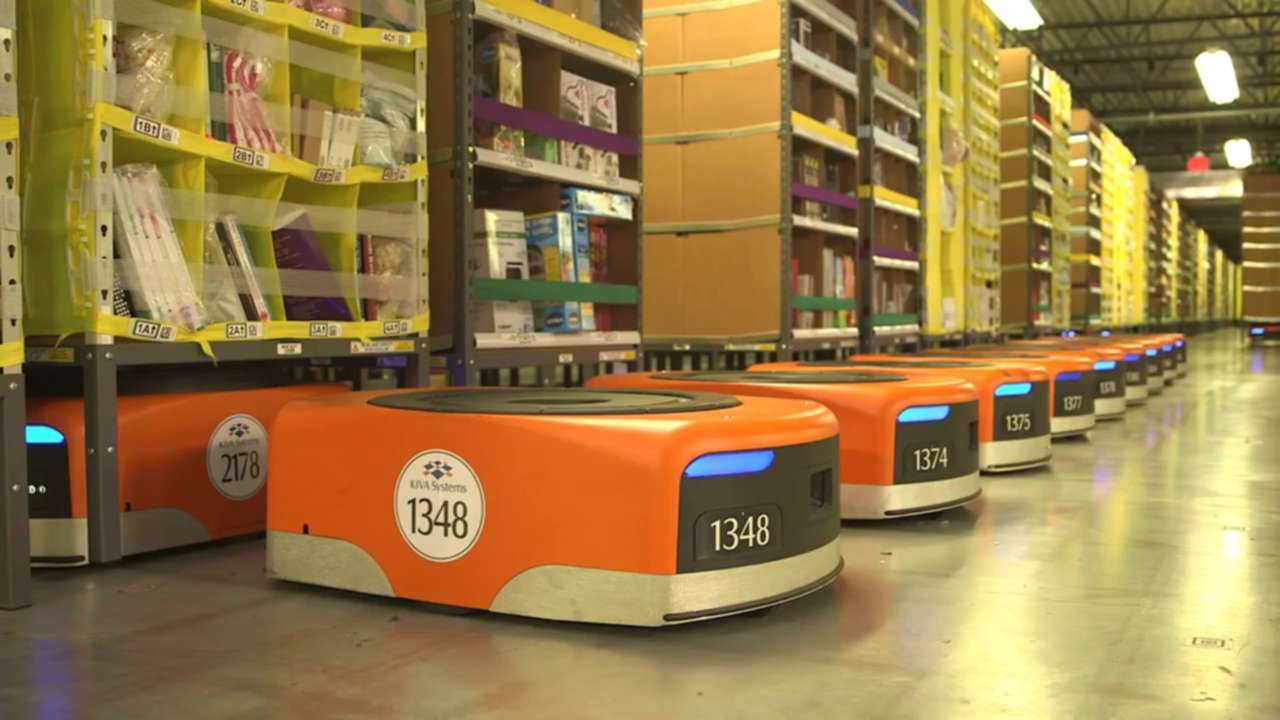 Amazon Will Reportedly Replace Some Warehouse Workers With Robots

Amazon has reportedly been working on a plan to streamline its packing process, in an effort to keep up with demand and deliver its promise to fulfill Amazon Prime orders within just one day for everyone in the country—even those in the most rural areas. The company is reportedly working on the development of robots that will package orders in the fulfillment warehouses. These robots will replace workers. Though a rise in concern over worker conditions may mean that this could be a good thing, despite a loss in jobs.

It should come as no surprise that Amazon is working to develop a system of automated robots to replace its warehouse workers. The company has warned in the past that this was the long-term plan all along. It previously warned that it would be “at least ten years” before its warehouses were fully automated by robotics. However, recent criticism surrounding the safety of warehouse workers, combined with the new single-day shipping policy on all Amazon Prime orders, cuts that estimate back by quite a bit.

Amazon first claimed that it would take a decade to develop such a change simply because the technology to fulfill orders robotically wasn’t quite where the company wanted it to be. There are benefits to having orders fulfilled by a human hand, as the margin for error is much smaller when a human oversees the process from start to finish. With a robot, that error margin grows quite a bit. Tesla even slowed down its production process to accommodate more human help. The company removed some of its robotic production in an effort to increase accuracy and assure quality control.

A promise to migrate to robotic fulfillment sooner than expected could mean that as many as 1,300 jobs are removed from Amazon’s arsenal. Jeff Bezos, who made an elaborate, highly publicized effort to boost minimum wage in the company to $15/hour last fall, has been criticized for his elaborate wealth at the expense of his low-level employees. For Amazon, those employees are those fulfilling orders in the company shipping centers.

Increasing concerns over worker safety in the shipping centers could be what inspired Amazon to migrate to robotics in the first place (citing, instead, the company’s new faster shipping policies). Critics have pointed out adverse working conditions within the fulfillment centers. Workers are forced to pack boxes at an alarming rate, given little breaks, and are forced to work through injuries, among other things, according to Newsweek.

Regardless, Amazon hopes to roll out new robots that can pack up to 700 boxes per hour. Each box is custom created for the item that’s being shipped, which would, ultimately, cut back on packaging. The company hopes to drastically increase the presence of these robotics by 2020. In terms of the lost jobs, though, the company already has a plan. Each robot costs around $1 million to build and implement. Amazon hopes to make this money back through increased shipping speeds within a few years. By then, the company will re-invest the money into other services that will replace the lost jobs.

If all goes well, it could be a good thing for Amazon because it’s been exposing its workers to adverse conditions for quite some time now.