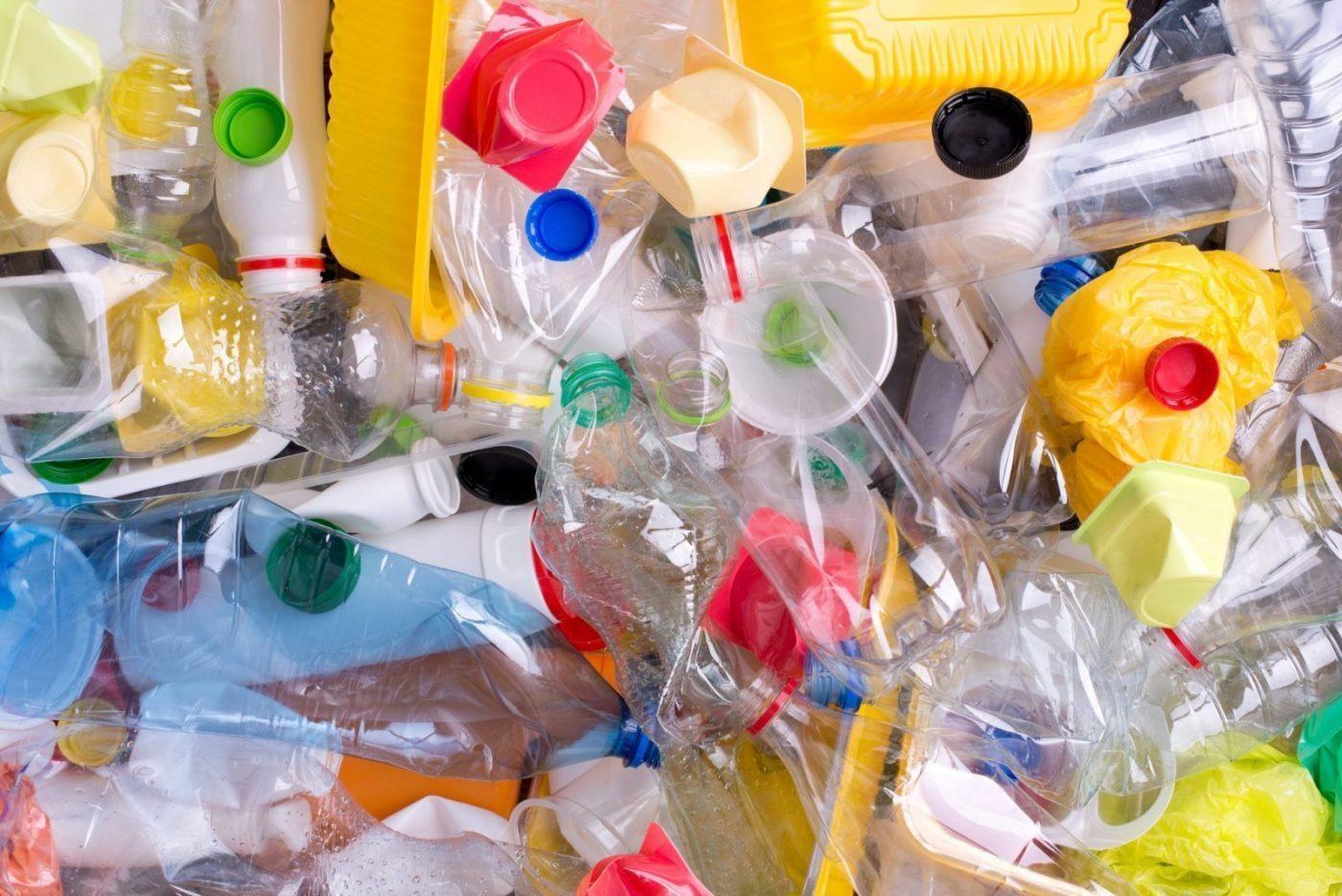 Alternatives to plastics are on the rise, and that’s a good thing!

We’ve all heard the sobering and depressing statistic that by 2050, there will be more plastic in the ocean than fish, which is not surprising considering we are dumping the equivalent of one garbage truck of plastic into the ocean every minute.

Annually, over 300 million tons of plastic are produced and 50% of that is meant for only a single use, such as the plastic utensils used for a take-out meal or the top of a coffee cup. These objects are in use for just a few moments, yet because they are non-biodegradable, they will exist on the planet for hundreds of years. The amount of plastic production this requires means that by 2050, the plastics industry will consume 20% of total oil production, and be responsible for 15% of the annual carbon budget.

Yet, even if you are a conscious consumer and making efforts to reduce your consumption of plastics, you’ll soon come to realize that plastic is everywhere you look and next to impossible to escape.

In fact, plastic is so pervasive we eat it and breathe it every day without even knowing it. Plastic is blowing in the wind and in the bellies of the fish on our plates. It’s not only a hazard to the natural world around us, but a huge potential impact to our own health as a species.

The good news is alternatives to plastics are on the rise and creating viable solutions that we could be seeing in markets very soon. Today, there are several companies attacking the problem at the source, developing new plastic alternatives that have the power to replace plastic altogether. Here are some of the most unique and innovative new solutions coming to market to help us curb our destructive addiction to plastic.

With an estimated 40 billion plastic utensils being thrown away each year in the United States alone, it’s obvious that something needs to be done to curb our use of these temporary tools that have such a short shelf-life. Savorware is the brainchild of two college students who met in their senior year of university at Emory, where Mehul Bhagat was a sustainability leader of his college. He met his cofounder Rostam Zafari at a plastic pollution coalition and the two quickly paired up over a shared passion to explore alternative plastic solutions.

Savorware was started with the cofounders experimenting in the kitchen and pushing dough between two spoons and seeing what would happen. Neither one of them had a cooking background, so needless to say there were lots of lessons learned along the way. They had to learn what it was like to work with yeast, explore different pressures to ensure the spoons kept their shape, try different taste profiles and types of flour, and figure out how well spoons reacted to heat, liquids, and other test environments. Throughout all of their tests, they knew that the key requirements for the spoon were utility and edibility.

“Plastic is one of the most brilliant inventions ever created, but when you see that half of plastic is used only once, it begs the question – Why aren’t more materials made in a way that is meant to degrade? A certain amount of plastic makes sense such as for airplane parts, and more industrial uses that need a longer lifespan but for straws, utensils, fishing nets, etc – better solutions are ones that can degrade naturally in the environment and align with the single purpose use of those objects.”

Savorware’s initial market entry is planned through venues like coffee shops and specialty food locales, such as frozen yogurt shops, where spoons are frequently used. The spoons are available for an additional cost to the food or beverage product. Savorware’s first pilot client Kaldi’s Coffee is seeing great success out of the gate with the first store running out of its spoons in days. Savorware is now testing different markets and venues as it continues to roll out its edible spoons.

The Savorware consumer is at the cross-section of people who care and are passionate about the environment with people who are not yet engaged because they don’t know how they can start making a difference. As Mehul says “there are a lot of people who care but are on the sidelines, we want to bring them into the conversation by making the connection that small actions, when taken in aggregate, can make a difference.”

Look for Savorware spoons to pop up at a coffee shop or frozen yogurt shop near you soon!

This Estonian pair wants to make convenience eco-friendly. Decomer’s founders Mart Salumäe and Kelly Kangur are creating a new kind of material that looks and acts like plastic but is totally edible and water soluble.

Mart’s background in material science and research fieldwork with polymers led him to explore different environmentally friendly plastic materials that acted like plastic but were actually biodegradable. His work has now turned into a stealthy startup that is part of IndieBio’s latest startup cohort and is working to continue to advance its plant-based plastic alternative that can be adjusted for different levels of water solubility as well as flavor.

Decomer’s alternative plastic material can even be tuned to react to liquids and dissolve with different speeds ranging from 3 to 20 minutes.

The company is still very much in the R&D phase but is already speaking with major CPG companies and has developed its own product, Honey Drops as a proof of concept. Honey drops are honey wrapped in Decomer’s product that dissolves when applied to hot water.

Decomer plans to sell its plant-based packaging to major CPG brands, develop its own private label packaging and target agricultural and pharmaceutical industries in addition to exploring its own line of products such as what it’s done with Honey Drops.

Delivering on convenience while eco-friendly

“Not everyone wants to live a packaging free lifestyle, that takes time and work, Decomer wants to give people the convenience they are accustomed to in their everyday lives but with an environmentally friendly product.”

Six-pack rings that are safe for marine life

A brewery in Florida has taken its own action for the oceans, by creating eco-six pack rings that are edible for marine life. Salt Water Brewery based in Florida uses the by-products of its beer making, wheat, and barley to make their six-pack rings, which are safe for animal consumption. It’s not clear whether the company plans to commercialize its innovation but certainly what the world needs in terms of plastic alternatives that are not harmful to wildlife.

Looking to the ocean for solutions

It makes sense that the answer to one of the ocean’s biggest issues could be found in the ocean itself.  Could seaweed hold the potential to act as a plastic alternative that does no harm and actually belongs in the ocean?  Loliware, founded by Chelsea Briganti and Leigh Ann Tucker in 2015 originally came to market with a seaweed alternative to plastic cups. The duo appeared on Sharktank and received substantial interest and press, but ultimately found the cups to be challenging as an initial consumer product. Today, Loliware has shifted focus to straws and is planning to launch the Lolistraw this summer.

With an estimated 500 million plastic straws thrown away daily and ending up in landfills or the ocean, developing alternatives that are meant to degrade for these types of single-use items makes a lot of sense.

The Loliware straw is made entirely out of seaweed and meant to degrade within 18 hours of its first use and while not meant to be eaten, it is sugar and gluten-free. “There are five trillion pieces of plastic in our oceans; an estimated ten million tons of plastic is produced every second. Single-use plastics should never be built to last, they should be designed to disappear.” says Chelsea Briganti, Loliware CEO

Solutions are coming but plastic is still a big problem

While it’s wonderful to focus on the positive new breakthroughs coming from entrepreneurs around the world, we still have a massive problem when it comes to plastics currently in use and in our environment. The reality is it will take time for these new technologies to get to market and scale in a significant way to impact change. In the meantime, humanity (all of us) have a collective responsibility to change our own behaviors and do our part to prevent plastic from further polluting our environment. Here’s some easy things anyone can do to stop the plastic-apocalypse.

Please share this article along with other ways we can reduce our dependencies on plastic.