On September 30, 2020 the funding provided to airlines to secure payroll for airline employees and forbid layoffs expires. With schedule cuts already planned beginning October 1, 2020 and talk of decreased bookings as more states reverse re-opening, airlines are issuing WARN notices to their staff in danger of being furloughed. A WARN notice, or Worker Adjustment and Retraining Notification, informs employees that they are in danger of layoff, but it isn’t an actual layoff notice. The Worker Adjustment and Retraining Notification Act of 1988 is a US labor law which protects employees, their families, and communities by requiring most employers with 100 or more employees to provide 60 calendar-day advance notification of plant closings and mass layoffs of employees.

The actual number of employees to be furloughed depends on how many employees accept a voluntary furlough for a designated period of time, take an early-out retirement offer, or accept any other plan designed by an airline to reducing staffing voluntarily. Delta recently announced over 17,000 employees have accepted a voluntary offer. Southwest also announced they don’t plan to involuntarily furlough anyone on October 1 thanks to employee participation in such programs. JetBlue hasn’t issued any notices.

The CARES Act provisions which supplied the airlines with funding for payroll also capped CEO and senior management bonuses and further required airlines to maintain service to smaller airports ensuring communities didn’t go without airline service. However, that all expires on September 30, 2020.

Smaller communities and regional airports are in danger of service cuts, in part or completely, as airlines trim back their schedules for the fall to align with their new staffing count. With reduced and limited service comes higher fares for the limited seats now available for purchase. For example, Frontier recently tried to cut service to 34 cities but were only approved for 5.  Flying from larger cities will become less convenient with schedule changes, reduced service and an increased chance of connecting flights over non-stop travel to utilize crew and aircraft efficiency. With reduced airline service, local governments and cities will also become overstaffed with airport personnel not employed by the aviation industry leading to a domino effect of furloughs and lost revenue.

With less crewmembers on staff, those that are still flying will likely be worked to the maximum allowed under their respective collective bargaining agreements or the FAA set guidelines. The likelihood of finding a replacement should some crews “time out” due to delays or lack of required rest is slim.

To get an idea of what your favorite or local airline is facing you can review the list of known, public and/or published furlough numbers below:

WARN notices sent to roughly 4,200 frontline staff, according to spokesperson Bobbie Egan. More notices could be sent depending on the number of staff that take early departure or other voluntary packages. The airline stated in a conference call with investors that they need to shed 7,000 jobs.

WARN notices sent to 1,484 staff, including 925 flight attendants and 559 pilots, according to spokesperson Jennifer de la Cruz. The numbers represent roughly 35% of the airline’s flight attendant and pilot work groups.

Denver-based Frontier employed 4,965 people at the end of 2019, according to U.S. Bureau of Transportation Statistics data.

Ceased operations due to COVID-19

On July 30th, United Airlines announced it was choosing CommutAir to be the exclusive express carrier for ERJ-145 flying. Therefore, ExpressJet is now without an active carrier contract. The latest update was that they were “exploring their options” but they apparently warned the Regional Airline Association of a total “wind down” by the end of the year.

WARN notices were scheduled to be sent to 40% of airline employees ahead of the September 30th sunset date for federal aid. They also announced closure of two crew and maintenance bases.

How You Can Help

The Association of Flight Attendants (AFA-CWA) suggest folks call their Senators and ask for an extension of the CARES protections afforded to airlines to protect airline employees.

“Hello, I am a constituent calling to ask my Senator to help save aviation jobs. An overwhelming majority of bipartisan Representatives in the House sent a letter last week urging leadership to extend CARES Act Payroll Support Program for aviation workers to avoid massive job loss in October and continue service to all of our communities. I need my Senator to make sure this is done before the August recess. Keep us connected to our jobs, paychecks, & healthcare.” 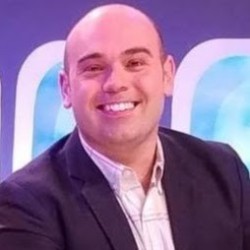 Female Founders Feel Gender Is Holding Them Back More Than Ever

Neuralink Animal Testing Leads to Needless Deaths. Will Humans Be Next?