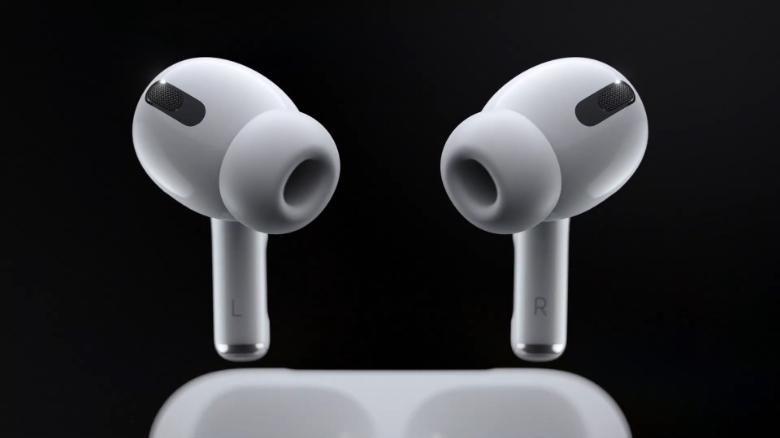 Google revealed during its annual event earlier this month that it would finally be releasing its fully wireless Pixel Buds. The first-ever truly wireless ear buds from Google represent another competitor in the wireless ear bud market, but Apple remains dedicated to keeping its customer base even after Google’s Pixel Buds were revealed to have a much lower price and more appealing design than even the Air Pods 2, which were announced just this September. To retaliate, Apple announced its Air Pods Pro on Monday. So, which should you get? The short answer: it depends on what kind of phone you have.

Now that the iPhone has gone Pro in the same way that the MacBook did some years ago, Apple has clearly decided it’s time to upgrade the rest of its devices going into the holiday season. The Air Pods Pro are Apple’s first-ever noise cancelling air buds, and come with a couple of other key features that make them stand out against other wireless ear buds on the market—even Apple’s own Air Pods 2. Features like water and sweat resistance, a customizable fit (!!!!), adaptive EQ, active noise cancellation are new to the Air Pods Pro, but come with the drawback of a shorter listening time in between charges. For a higher price at $249, noise cancellation and a customizable fit nearly make the $50 price jump worth it for die hard fans of Apple products.

It’s true, there is just no beating how well Air Pods connect with Apple products as they were designed with high-tech H1 chips that connect to your phone as fast as possible. The release of the Air Pods 2 proved to be somewhat disappointing, as the company did not reveal to have changed the physical design or add any major features to create a major difference between those and the original Air Pods. The Air Pods Pro, however, are Apple’s way of making up for that—uh, mistake? Even die hard Apple fans could not deny that the announcement of the Google Pixel Buds 2—which sit at just $179—seemed like a pretty good deal for a pair of wireless ear buds.

The obvious drawback to the Air Pods Pro is mainly the price, as the nearly $250 price tag makes the headphones some of the most expensive on the market. Assuming, however, that the customizable fit fixes the meme-worthy problem of the headphones falling out anytime you made any sudden movements, that price tag is more than worth it. Air Pods Pro’s will arrive in Apple stores on October 30, meaning you could pick them up well before the holiday season.

At just $179 the all new Google Pixel Buds 2 seem like a pretty good deal. Google seems to have fixed all of the design problems that made the first generation of Pixel Bud headphones essentially unbearable. Things like the connective wire and the fact that the headphones barely fit into your ears meant that the investment into wireless headphones was essentially a waste, but the product did serve the purpose of essentially being a beta-test for a more improved version at a later date. Thus, the Google Pixel Buds 2 are born.

The new and improved ear buds seem to fix many of the physical design issues that the first generation of the product had, plus the added bonus of still retailing for $179. The new products come in a variety of colors, and initial reviews of the product at the Google event earlier this month showed that the headphones do a decently good job of staying put in your ear—a definite plus for anyone that has experienced having to fish your Air Pod off of an airplane floor.

Other design and feature improvements include a longer battery life (around 5 hours vs the Air Pod Pro’s 4.5 hours), more color options, and automatic adjustments to the volume. We do have bad news if you plan on picking up a pair before the holidays, though, as the Google Pixel Buds 2 are not set for release until 2020. Essentially, if you want a new pair of wireless headphones and you have an Apple product, you may be better off with the Air Pods Pro. But if you’re willing to wait a couple of months and don’t necessarily mind if your products match, save a few bucks and get the Pixel Buds 2.