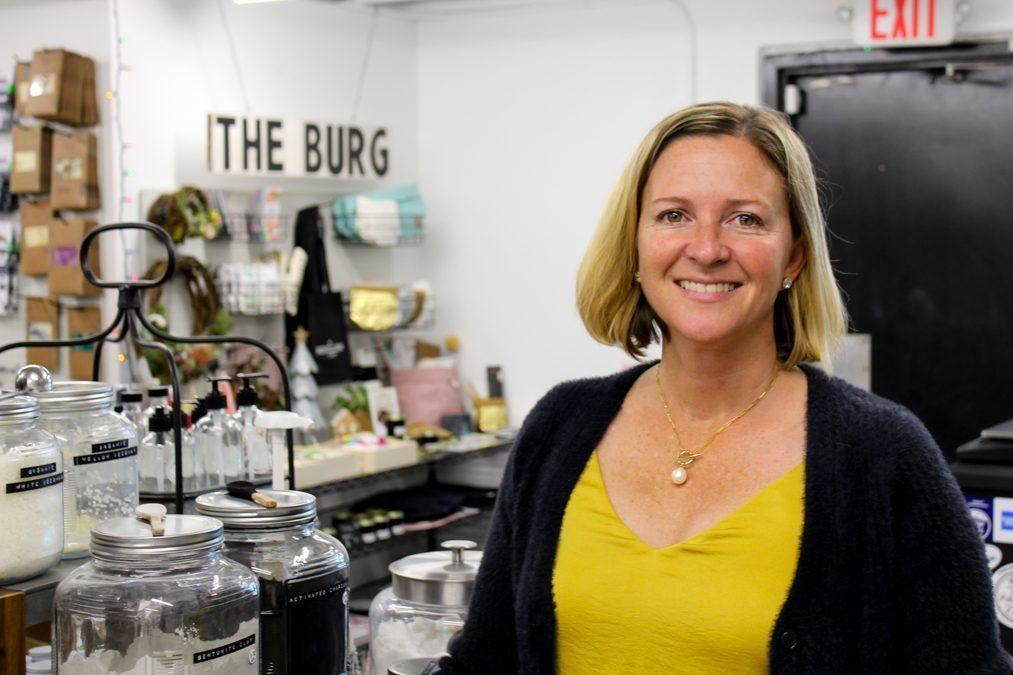 Plastic in the north Atlantic has tripled since the 1960s, there is a garbage patch twice the size of Texas in the Pacific Ocean, according to National Geographic.

In Tampa, Florida a new study was just released that studied not just the plastic that we could see but the microplastics that are harder to see.

The study estimates that there are about four million microplastic particles in Tampa Bay waters alone and 130 particles in each pound of dried sediment.

The study said that trying to remove these particles would be just about impossible.

“Only by removing the sources of plastics and microplastic particles can we successfully decrease the potential risks of plastics in the marine environment,” said the study.

The start of a solution

Monica Leonard, founder and CEO of The Refillery in St. Pete has a plan to reduce the amount of waste produced both by individual consumers and local businesses.

What began as a personal quest to ensure that her children were safe from the chemicals, has become a shop where people can reduce chemicals’ impact on them and their impact on the earth.

Monica Leonard’s daughter Molly was stillborn in 2005 and after doing some research she was concerned that this was all or partly because of chemicals in household detergents, cleaners and other items.

“Some things are genetic, I get that, and sometimes it’s just an issue with the mama for whatever reason she can’t hold a pregnancy, but in my case I kept finding issues about the chemicals you’re exposed to and how it affects the baby at about six to eight weeks gestation,” she said.

Formerly a pediatric nurse, she said she looked into numerous studies that gave her enough cause for concern to start making all of her own cleaners.

“I went into immediate research mode and I found that there were 80,000 at the time that were in circulation in the United States and they had only tested under 1000 for the safety of humans,” she said.

She threw away all of the cleaners that she believed to be toxic and found a way to make most products.

What she couldn’t find was a good detergent that met both her standards and her washing machine’s standards.

“I just wanted to do better by my family so I started making this product that ended up being really good,” she said.

Because of this she started Molly’s Suds in 2008, where she originally visited farmer’s markets until she felt she had enough interest to turn it into a brick and mortar shop.

Better for the planet

This original store sought to stop chemicals from harming humans, The Refillery, she hopes will accomplish the same goal but will also keep the planet cleaner.

The Refillery is in St. Petersburg, Florida. Customers put products into containers brought by the consumer or into glass jars that The Refillery sells.

This eliminates the need for new containers with every purchase and allows people to purchase household items with no plastic or chemical waste produced.

Although she feels most strongly about the ingredients and their safety for humans, she has started learning about how to reduce her and her customers impact on the planet.

“Let’s reduce the waste and let’s also reduce the chemical exposure becuase we’re all drinking the water and you’ve got to grow your food in the dirt, so let’s just come up with ways to make it kind of come full circle,” Leonard said.

In January, The Refillery is going to help businesses reduce their impact on the planet as well.

“Everybody’s got to buy cleaning supplies for their restaurants or offices or whatever,” she said.

The new program will not only allow companies to purchase products wholesale that are safer for people but they can also send back the containers to have them cleaned and refilled instead of thrown away.

“It will also allow restauranteurs and different companies to have safer products around their customers and clientele,” she said.