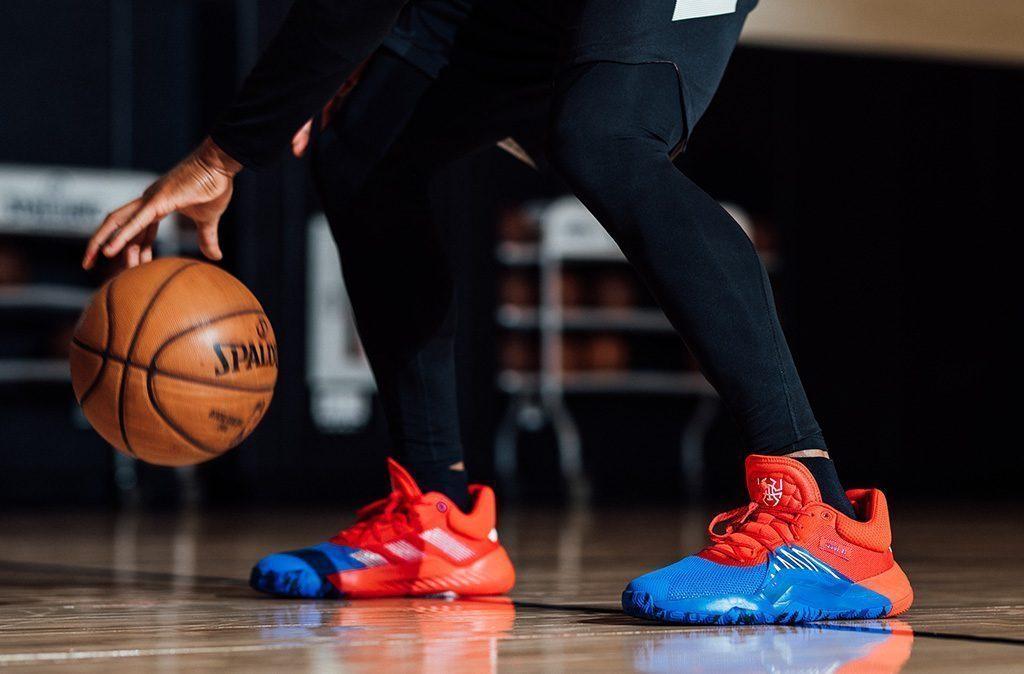 Utah Jazz player Donovan Mitchell has had one of the most lucrative first few seasons of any player today. Since starting with the NBA back in 2017, Mitchell has quickly become one of the most-watched players in the league, snatching up sponsorships left and right with companies like Adidas. Now, Mitchell is releasing a new line of sneakers (he’s earned a lot of notoriety for his colorful shoes on the basketball court) alongside Adidas and Marvel to play into his nickname “SpidaMitchell” in promotion of the new Spider Man movie that just arrived in theaters.

Mitchell’s latest shoe line with Adidas and Marvel brings four new styles inspired by the Spider Man franchise. The first pair, which was released online on July first, features a red and blue design with white accents along the sides. The shoe line is called The D.O.N Issue #1 and is considered one of Adidas more affordable partnerships with a retail price tag sitting at around $100. The basketball shoes are made with extra support around the foot to help a vertical leap, something Mitchell is famous for.

The name of the shoe line, called The D.O.N. was inspired by Mitchell’s path to stardom in the NBA. The acronym stands for “Determination Over Negativity” and represent’s Mitchell’s ethos that you can do anything as long as you work hard for it, regardless of where you come from. For that reason it was important to Mitchell that the shoes be more affordable than many other superstar collaborations with Adidas. Where a pair of Kanye West’s Yeezy Boost’s start in the $300’s, a $100 pair of special edition shoes is rare for Adidas.

For Adidas, the logistics of the shoes functionality was also important. “These basketball shoes reflect Donovan Mitchell’s determination to succeed. The herringbone-pattern rubber outsole provides the traction needed to make quick and decisive cuts in the paint,” the company said in a statement. “A propulsion clip on the side gives you lateral support for dynamic moves, while a flexible Bounce midsole offers instant step-in comfort and a cushioned, responsive ride. Outsole details represent the stops on Mitchell’s journey from Brewster Academy in New Hampshire to basketball superstardom,” continued the statement from Adidas.

The D.O.N’s “Marvel’s Amazing Spider Man” available on the Adidas website, but are sold out for right now. “Spider Man: Far From Home” is currently in theaters and is the first Marvel movie to hit theaters since the arrival of the explosive “Avengers: End Game,: which came out just a few months ago. Mitchell has also been circulating the press junket for the movie during the off season.