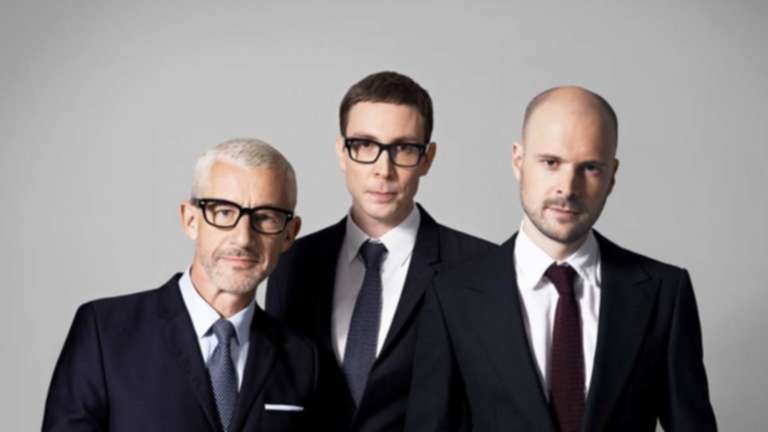 Above & Beyond Announce Massive ABGT350 Date

Few electronic artists have harnessed a cult following quite like that of Above & Beyond. The trance group is known worldwide for its live shows and concert experiences. Fans are eager to attend again and again. The group is famous for albums like Group Therapy and We Are All We Need. They’re famous for their message of spreading positivity through music.

The launch of their second podcast, also titled Group Therapy, aims to provide a sense of escape and support for their fans. It’s sort of like going to church, but for ravers. Every 50 episodes, Above & Beyond celebrates by hosting a massive show somewhere in the world. Cities like Hong Kong, Los Angeles, Bangalore, London, and Amsterdam are just a few of the many places that have seen an Above & Beyond: Group Therapy milestone over the years. Now, with the group nearing its 350th podcast, it’s time to announce the next one: Prague.

In The Festival Circuit

You would be hard pressed not to see Above & Beyond gracing the lineup of major electronic music festivals like Electronic Daisy Carnival; Las Vegas and Ultra Music Festival each year, as the infectious fandom of the groups music is of everlasting popularity among the EDM community. The group is well known for its music and ownership of the record label, Anjunabeats. The trance label has been a major part of the electronic canon for a larger part of the 2000’s. It’s the group’s live shows, though, that have skyrocketed their legacy into being synonymous with EDM as a genre. Unlike acts like Tiesto or Kaskade, who have experimented with different genre over the course of their record long careers in the industry, Above & Beyond have largely stayed true to their roots in the Trance world.

Above & Beyond started in the year 2000 as a trance music project consisting of Jono Grant, Tony McGuiness and Paavo Sijamäki. The group met while attending university at London’s University of Westminster. Over the years, Above & Beyond has become a worldwide sensation throughout its several albums and hundreds of live shows. 2012 saw the launch of their second podcast, Group Therapy. This transition signaled their goal to create a worldwide network of music fans. The weekly podcast has seen millions of listeners throughout its nearly 350 podcasts worldwide. Every 50 shows are broadcast from a massive celebration that welcomes fans from around the world by the thousands. The 350th show, which was recently announced, will be broadcast from Prague.

“We’ve been lucky enough to perform at the O2 Arena in Prague a few times and have always been blown away by the atmosphere and the quality of the production,” says Above & Beyond in a press release. “That, coupled with the fact that Prague is one of the beautiful cities in the world and on everyone’s must-see list, makes this the perfect destination for ABGT350. Forget what you think you know about ABGT… this will be Group Therapy on a grand scale,” says the group.


One of the oldest cities in Europe, Prague is famous for its vibrant cultural and historical landscape. The city’s O2 arena will host the event on October 11 of this year. Tickets for ABGT 350 in Prague will go on sale Monday, March 11. Fans can check out the official trailer below. Information on how to purchase tickets to the event can be found here.