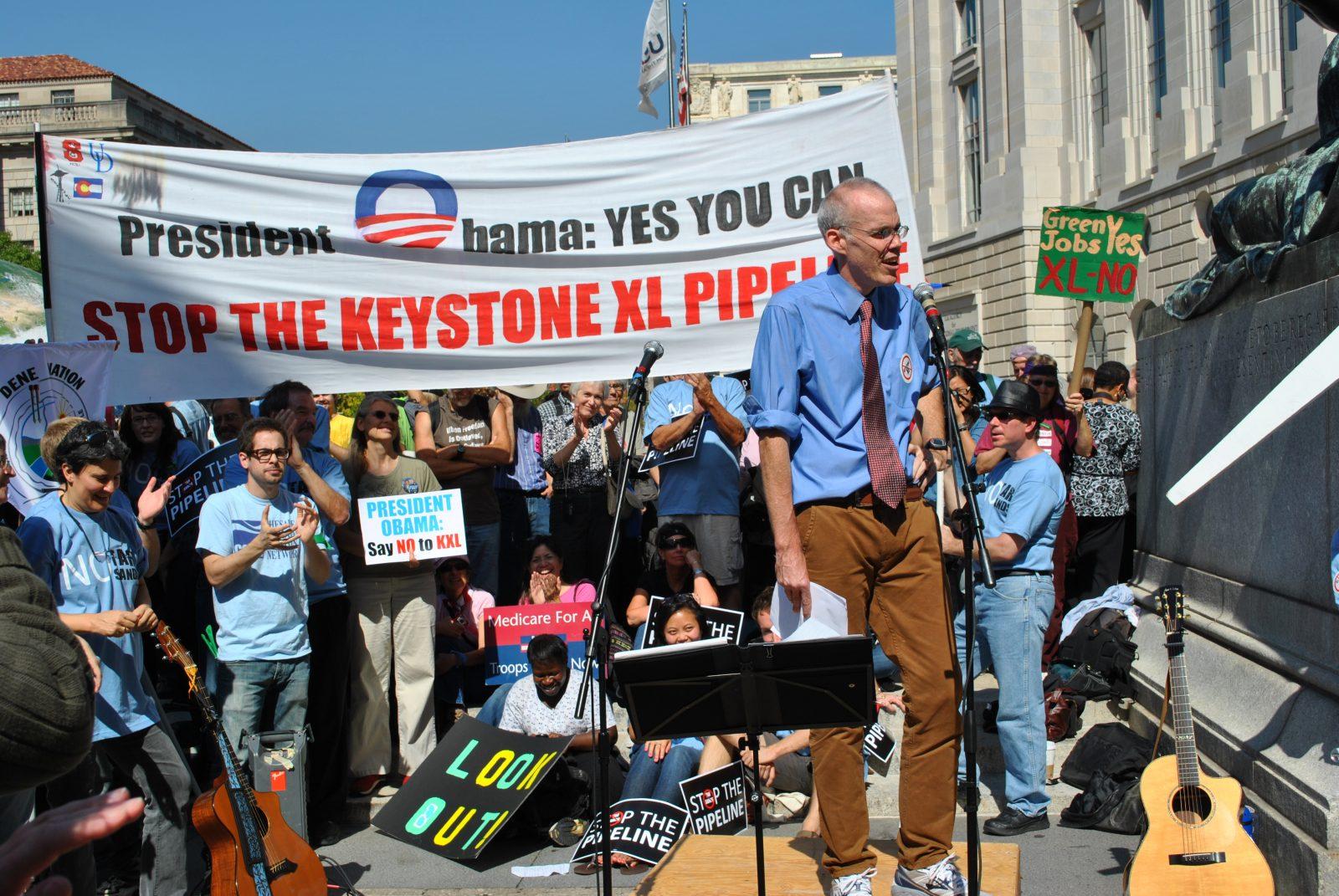 A Refresher On The Keystone Pipeline

The Keystone Pipeline is an oil pipeline that runs from Alberta, Canada, down to oil refineries in Illinois and Texas, as well as an oil pipeline distribution center in Oklahoma. Since 2008, a proposed fourth phase of the pipeline, known as Keystone XL has been the subject of significant media coverage, protests, and political debates. After years of environmentalist opposition to the pipeline, it’s become a symbol of the fight over climate change and fossil fuels. That might all be coming to an end now that President-Elect Joe Biden hinted that he may order the cancellation of the Keystone Pipeline permit on day one of his Presidency this week.

What Is Keystone XL?

The Keystone pipeline system is responsible for transporting crude oil from Alberta, Canada to the middle of the U.S. for processing. The Keystone XL Pipeline would expand that operation to transport 830,000 barrels of Alberta tar sands oil per day to refineries on the Gulf Coast of Texas.

Environmentalists are staunchly against this project, for a multitude of reasons. Firstly, tar sands oil, the kind of oil that the Keystone XL pipeline would transport, is thicker, more acidic, and more corrosive than regular crude oil. These properties make it more likely that any pipeline carrying tar sands oil will leak. The proposed pipeline would cross agricultural areas as well as important bodies of water, and a potential spill could contaminate all that land with toxic waste, putting the environment, animals, and the communities that rely on that land at risk. Indigenous communities especially would be affected by the proposed pipeline.

There are also concerns that increasing the speed at which tar sands oil is produced and transported will increase mining for it, which will have a negative impact on climate change. The pipeline, and the tar sands oil it would transport, will also cause a significant increase in greenhouse gas emissions.

Oil companies, investors, and the politicians that support the business back the pipeline because there is undeniably money to be made in the venture. More oil, transported more quickly, means lots and lots of money. The supporters of the pipeline argue that the project will create jobs and help local economies flourish.

In 2015, then-President Barack Obama took action to temporarily delay the pipeline project after years of protests, although he initially supported the project. Obama cited environmental concerns as his reason for halting permitting and construction.

The permitting spent the next four years tied up in courts, with rulings continually stopping and restarting the project.

President-elect Joe Biden takes office on Wednesday, and he is expected to cancel the Keystone XL permit on his first day in office, according to the New York Times.

Ending the Keystone pipeline project will send the signal of a strong reversal of President Trump’s policies on day one, and indicates renewed concern for the environment going forward.

Published in Business, News and Sustainability