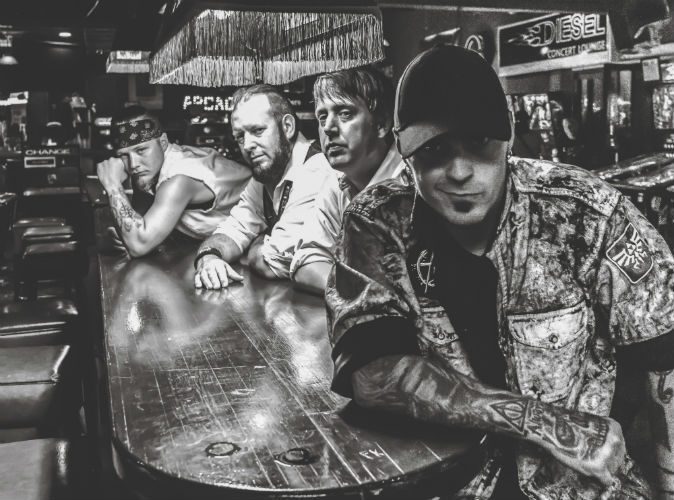 I first heard about Waylon Reavis in an interview he did with Chad Childers on Loudwire, back in 2017. It’s a terrific interview. Allow me to reproduce an excerpt from it.

Loudwire: What made it the right time to move on from Mushroomhead and what were you looking for out of your new project when you left? Did you have a vision of what you wanted it to be or did that more come together as you added the musicians to the band?

Reavis: The move kind of just happened. I’ll admit now, because of course hindsight is always 20/20, that mistakes were made on my behalf. I should’ve left in a more discrete manner. Now, with that being said, it was something that had to be done because my heart was no longer in that project.

When I first left, I had no intentions of ever picking up a microphone again. I spent most of 2016 working with children in a residential treatment facility. The time I spent with those children helped me heal some wounds and find my passion again.

Originally from North Carolina, Waylon Reavis fronted Mushroomhead from 2004 to 2015. While with Mushroomhead, Reavis was famous for his painted face and masks displaying a swallow on his forehead. While chatting with Scottie D, Reavis explained that onstage he’s an entertainer, but in real-life he’s like anyone else.

“I’m just an ordinary person. I have dinner at 6 p.m. and I watch TV sometimes. I don’t take the stage persona home or have an ego. I’m not special, I’m a regular guy, just like you. I enjoy what I do and I’m lucky to have what I have. But I leave the stage guy hung up, right when I get home and I’ll only bring him out when he’s needed for the music.”

About one year after parting ways with Mushroomhead, Reavis decided to put together his own band, do things his way. Initially, the band was named Unbroken, but because there were myriads of bands calling themselves Unbroken, the name was changed to A Killer’s Confession.

It wasn’t long before the band was in the studio, recording their debut album, Unbroken, released on EMP, the label founded by Megadeth’s David Ellefson. Almost immediately, the band began working on a new album, The Indifference Of Good Men, splitting their time performing and recording. Then their contract with EMP lapsed, so they released three singles independently, scoring big numbers on Spotify.

Eventually, they signed with Wake Up! Music, the label founded and orchestrated by MyMy Lady G, aka Pepper Gomez.

The Indifference Of Good Men comprises 13-tracks of alt-metal ranging from metal-core-flavored tracks to borderline symphonic metal. The common thread throughout the album is Reavis’ voice, capable of Linda-Blair-Exorcist-like gravelly growls, hellish screams, and sweet melodicism. In other words, it’s a grand voice, full of sudden resonance akin to a savage hurricane, as well as gorgeously translucent tonal textures.

“Trust Me” delivers beef trust surges of gravitational guitars, snarling vocals, and leviathan on a rampage dominance. A personal favorite is “Angel On The Outside,” simply because of its deliciously creamy wall-of-sound flow and, most importantly, Reavis’ intensely redolent voice, conjuring up sonic images of cascading fractals steeped in beatific aromas.

“Numb Raw” is a gut-wrenching version of “Numb,” the second track on the album. As good as the first version is, “Numb Raw” ends the search for sonic perfection, providing tiny hooks of deepening aches of chilling detachment and emotional isolation.

The Indifference Of Good Men is undeniably impressive, delivering both brutal membranes of sound, as well as almost sylph-like piquant beauty.