While many schools have unveiled alternate uniforms for this season, the Bulldogs certainly have one of the more unique designs.

Inspired by the T.K. Martin Center for Technology and Disability, the uniform is one of the seven Adidas “Selfless” kits that intend to showcase the positive impact that schools are having on their community. With the research in assistive technology that the T.K. Martin Center has done for the disabled all over Mississippi, they certainly fit the bill.

A Look at the Details

The kit is on the Adidas A1 Primeknit template, and features a black colorway inspired by the “original silhouette of MSU” along with a maroon helmet. The focus of this jersey combo is the striping. Along with the standard maroon and white stripes along the pants and shoulders, this  uniform features “iridescent, color-shifting” stripes that are designed to resemble computer circuit boards. The circuit striping also makes appearances on the border of the chest numbers and on the palms of the receiver’s gloves.

Mississippi State will be continuing their recent “blackout game” tradition with this look. The first ever black jersey in school history appeared in 2009, with the most recent coming in 2017. The classic stripe pattern seen on the pants made its return in 2015, after originally appearing on the pants worn by the Bulldogs throughout the 80s.

This uniform seems to master the subtle use of accents to make an impression. Adidas and the Bulldogs could have easily gone overboard with the circuit board element and made the entire numbers iridescent. Or they could have covered the entire helmet in the design. Instead, they showed restraint. As a result, this appears to be one of the better alternates that Mississippi State has had in recent memory. It’ll certainly be a look to look forward to this season.

As for anyone looking to buy a replica of the jersey, unfortunately it has not been released quite yet. But there is good news. It will be released later this fall, and can be pre-ordered online.

The jersey will be worn for Mississippi State’s “blackout” game against Kentucky on September 21. Only time will tell, but this should be one to watch for the uniform alone.

Enjoy this piece? Read our sports, entertainment, and tech sections. 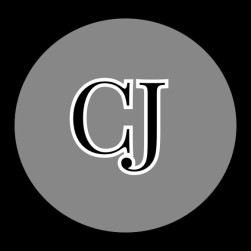