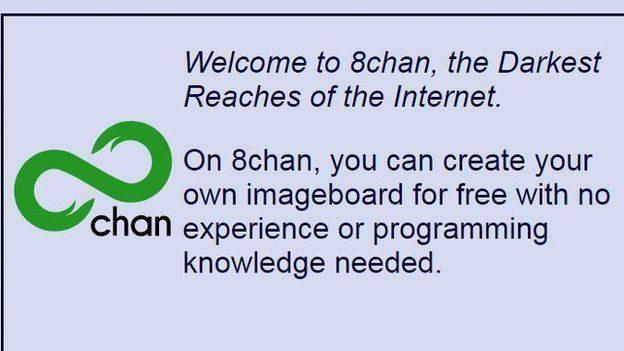 The internet has a powerful impact on what we see in the real world. Memes are often turned into advertisements, social media influencers are the new celebrity, and entire political campaigns are fueled through information that gets spread online. In extreme cases, the information that gets passed around online can even breed mass destruction. Such is the case with 8Chan, an internet forum dedicated to free speech that, in recent years, has turned into a breeding ground for extremist behaviors, conspiracy theories, and the spread of racism. Most recently, the website played a major role in the El Paso massacre where at least 22 people were shot and killed in a mass shooting at a Wal Mart.

Freedom of Speech and the Internet

Freedom of Speech is of the driving forces in conversations surrounding censorship and the internet. Companies like Facebook and YouTube are constantly updating their terms of service to reflect where the line must be drawn, but as technology advances new issues are brought forth. In New Zealand, a mass shooter used Facebook Live to upload a video of his attack. Meanwhile on YouTube, the spread of conspiracy theories were recently found to be fueling anti-government extremism. In Myanmar, covert propaganda was used to spread xenophobia that fueled the genocide of an entire people. In an age where people are connected through a virtually lawless realm online, tech companies are being forced to ask how they can build a positive community and protect constitutional rights without opening the floodgate for the spread of hate-speech and extremist language.

When sites like 4Chan, a less-moderated version of the popular forum website Reddit, began implementing moderators that removed signs of hate-speech and threats to public safety, those people went elsewhere. Thus, 8Chan was born. What started as a place to freely discuss things without the potential of being banned quickly became a breeding ground for some of the darkest corners of the web. The demographic of people that turned to 8Chan largely consisted of people that were banned elsewhere for various reasons. Incel’s (involuntary celibate men), white nationalists, recruiters of extremist groups, and conspiracy theorists that aimed to take down the government were among some of 8Chan’s popular forum leaders.

When a shooter opened fire in a Walmart parking lot in El Paso over the weekend, Frederick Brennan, the creator and former owner of the online forum turned his attention toward the internet for answers. Unsurprisingly, Brennan found that the racially-fueled attack had been announced prior on 8Chan, where other users cheered the terrorist on and encouraged similar attacks. The site was shut down by its server in the days following the attacks and is struggling to find a new host. Brennan no longer holds any affiliation with the website and urges officials to take it down permanently, according to an article in the New York Times.

8Chan Shut Down May Be Permanent

Immediately following the deadly mass shooting in El Paso, Texas, the cloud security service Cloudflare announced its termination of service with 8Chan, leaving the website open to a cyber attack or security breach. The website was taken offline shortly after that, and is struggling to find a new hosting platform as it hopes to make its way back online. Many are calling for the site to be shut down permanently as it played a major role in the spread of hate that inspired extremist attacks in Christchurch, New Zealand and El Paso, most recently. In the case with the El Paso shooting, the shooter posted a racist manifesto explaining his attack on 8Chan before following through with it.