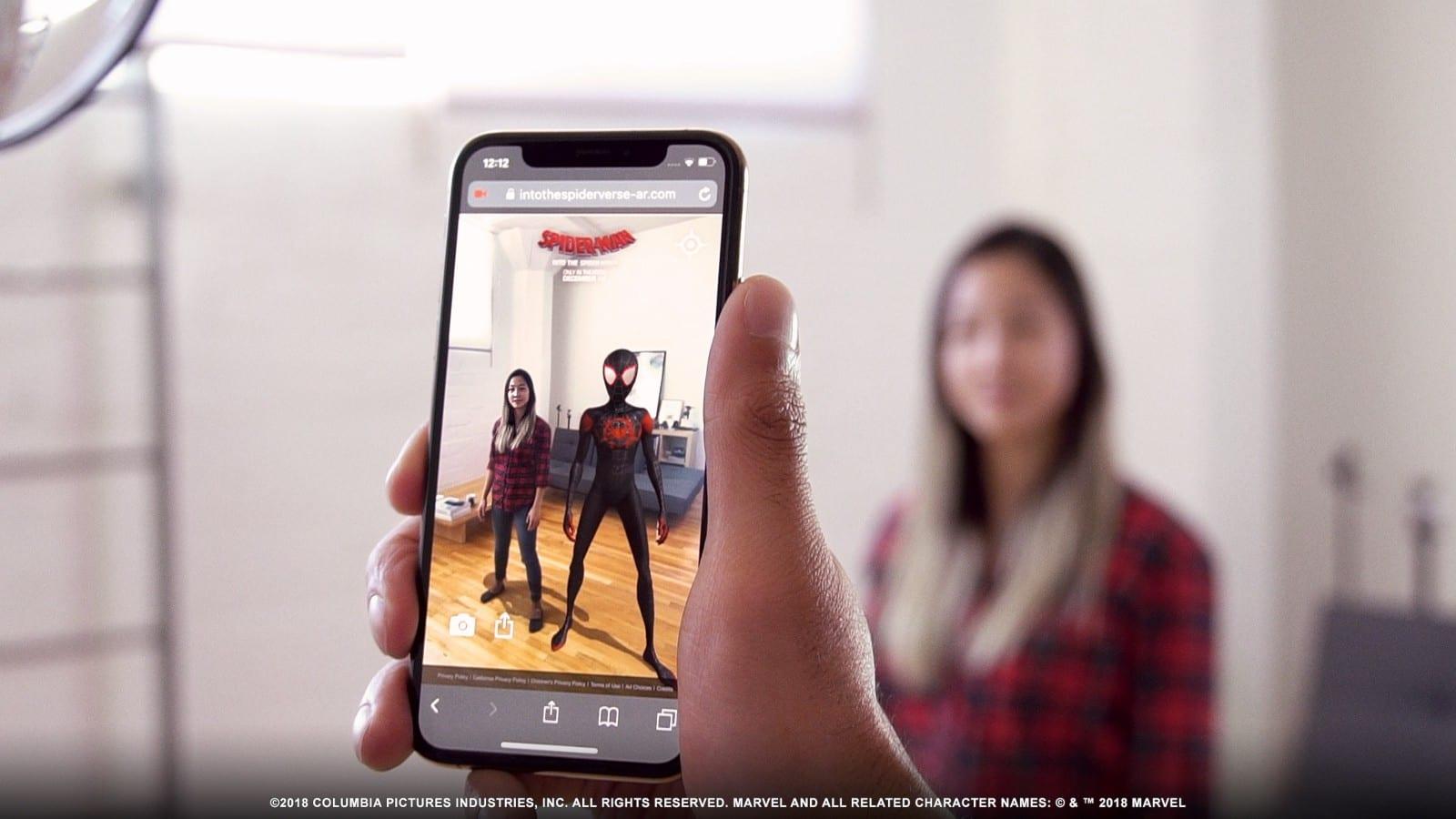 Of all the floundering sub-sectors of AR, advertising is a bright spot. Brand marketers are attracted to engagement levels and other campaign analytics that continue to roll out, as shown in AR Insider’s Campaign Tracker. AR ads spending supports that notion (more on that in a bit).

As we’ve examined, those proof points involve everything from frequency of use to deepened engagement (e.g. session lengths). More importantly, they include direct revenue impact, such as conversion lifts over non-AR benchmarks. For example, Facebook has reported 28 percent lifts.

Another metric recently blipped on our radar: ad sharing. Nielsen-owned Superdata reports that 61 percent of mobile users who see AR ads regularly take the extra step of sharing them. That includes 35 percent who share on social channels and 26 percent who share directly with friends.

This is a powerful metric as no other ad vehicle demonstrates both heavy engagement and a majority of users who take the extra step to share experiences. Beyond the numbers, this speaks AR’s appeal in things like movie-character activations; and its utility in things like product try-ons.

Also notable in Superdata’s figures — generated from survey responses — is that 41 percent of AR users see ads. In a glass half full sense, this indicates lots of headroom for AR advertising in terms of ad metrics like fill rates and inventory. AR users will grow, and so might ad coverage.

Beyond sheer numbers of users, advertisers can benefit from reaching attractive demographic groups. Superdata’s survey indicates that AR users are 30 years-old on average. Moreover, 68 percent are under 35 and the overall sample earns an average annual income of $63,000.

This aligns with Snapchat data we recently examined that indicated prevalent AR usage and high engagement by attractive demographics. Specifically 40 percent of gen-Z (born ’96 -’10) use AR lenses to express themselves. This bodes well as they phase into the adult consumer population.

AR ad growth will also benefit from diversified formats. Most AR ads are front-facing camera activations to try on fashion items. As Snap’s Carolina Arguelles asserts, people like to see their own faces, which is why cosmetics and sunglasses are leading AR ad categories so far.

But that’s limitied in range. We’re bullish on rear-facing AR, as it opens up the broader canvas of the physical world. This means several more product categories that AR advertising can grow into. It’s already been useful with furniture, a la IKEA Place, but that’s an infrequent use case.

In fact, Snapchat is showing signs of moving towards rear-facing camera AR. It’s AR persona so far is all about selfie lenses and face filters. But it’s increasingly rolling out rear-facing camera AR tools such as visual search and solving math problems. Promotional tie-ins (dollars) will follow.

Speaking of which, all of the above usage metrics are moving the needle with respect to brand advertiser adoption. According to the projections of our research arm, ARtillery Intelligence, AR advertising revenue reached $1.58 billion last year, growing to $8.8 billion by 2023.

These ad dollars are mostly for AR lenses, but will grow into other formats. This goes back to the diversified format assertion above. Not only will it involve front and rear-facing camera lenses, but formats that break out of the lens mold altogether. That most notably includes visual search.

Visual search trails AR lenses because it’s more technologically complex. This involves lots of computer vision, object recognition and machine learning to contextualize items you point your phone at. Led today by Google Lens, this could develop into a true AR utility beyond fun & games.

Moreover, there’s inherently-high commercial intent in visual search. Just like text search, it’s a lean-forward use case to find out more about something specific. And like search, that high-intent use case — often in close proximity to a search subject — will carry meaningful ad premiums.

Another confidence signal is how motivated Google is to make visual search happen. Just like voice search, it’s an additional modality and search front-end to boost query volume — a key revenue driver. Until then, AR lenses rule, continuing to show strong signs of user engagement.

Published in Affiliate Marketing, Consumers, Cyberspace and Technology and Tech