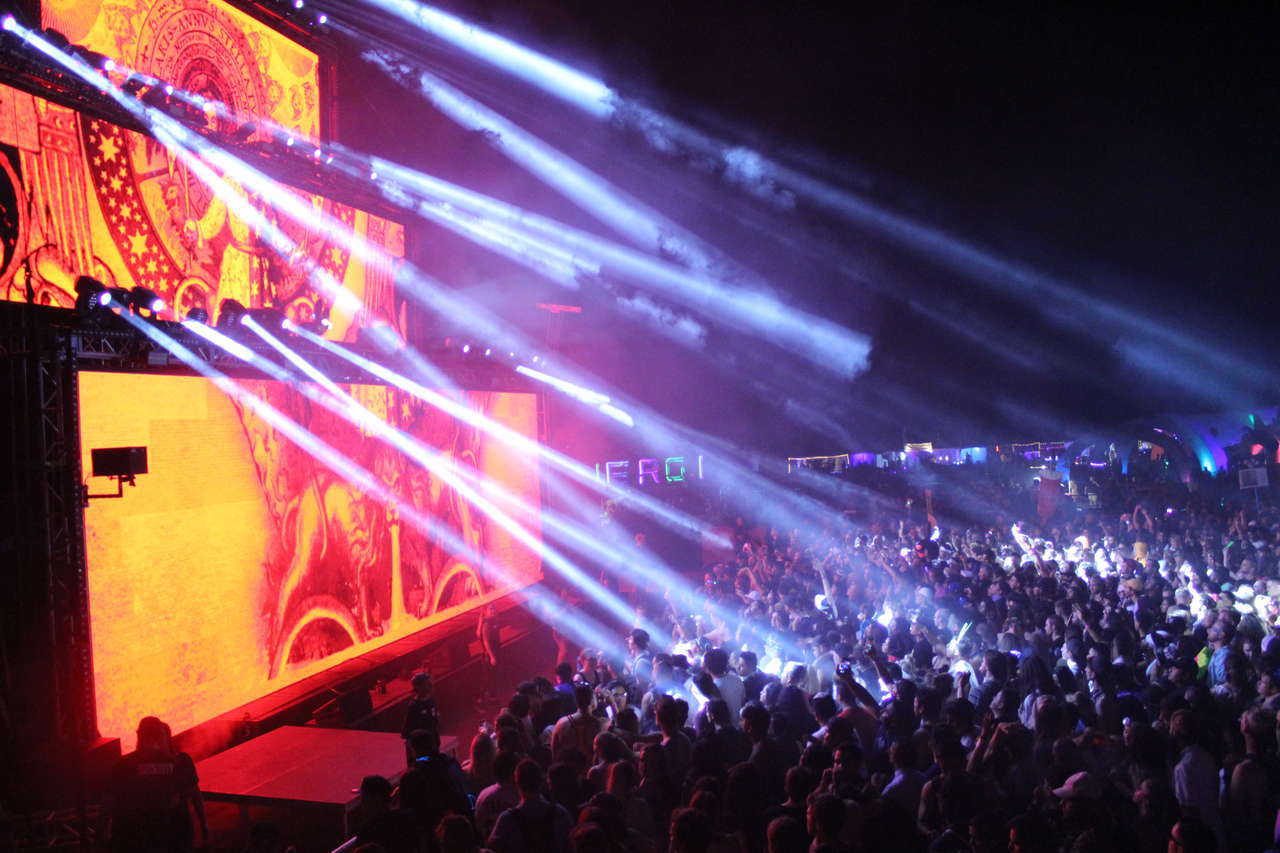 5 Things To Do In Salt Lake Over Das Energi Weekend

While Salt Lake City may be a budding music hot spot thanks to massive festivals like Das Energi and Bonanza (though it was sadly cancelled this year), locals have known that it’s a hidden gem for years now. The city’s convenient location at the base of the Wasatch Mountains makes it easy to access some of the best outdoor activities in the world in less than an hour. That, combined with its growing urban environment, thriving tech landscape, and young population, means that Salt Lake is worth more of your time than a weekend trip to dance at a festival—though, The Great Saltair‘s breathtaking location on the shores of the Great Salt Lake isn’t all that bad if it is all you can do. For those of you making the trek to Salt Lake for the first time to experience Das Energi—or for those of you that live here and simply want to make it a weekend to remember, here are five suggestions for things to do around the city in your free time. Though some of these activities may require an extra day.

5. Take A Quick Drive To A Pink Lake

While Das Energi takes place on the shores of the Great Salt Lake, those looking to enjoy the lake’s best features are going to have to go on a bit of a drive. Right now, waters along the northern shores of the lake have turned pink thanks to a high level of salinity in the water. It’s safe to swim in, so come prepared to cop a few new Instagram shots during your visit. To access this part of the lake, follow directions to the Spiral Jetty art installment (about two hours from Downtown), where you’ll find pink waters this time of year that compliment the art project’s landscape.

4. Poke Around In The City’s Many Breweries

Did you know that Salt Lake is a beer-lovers paradise? Many wouldn’t have guessed that considering the state’s famously strict liquor laws. Regardless, the city has become a budding beer hotspot, with new breweries popping up at a constant rate. Some of the more popular local spots include A. Fisher Brewing–in the Sugar House neighborhood, Proper Brewing–which doubles as a hugely popular local burger joint on Salt Lake’s Main Street, Squatter’s–which has locations all around the state, or even Beer Bar–where visitors can sample any one of the dozens of local favorites from Polygamy Porter (yes, it’s real) to Uinta’s 801 Pilsner, a local favorite.

One of the biggest reason’s that locals often stay in Utah is its access to nature without having to go too far. While visitors in Denver (not to throw Denver under the bus) have to drive a couple of hours to get to some decent mountains, Salt Lake’s peaks are located just minutes from its international airport. Take a few hours to stretch your legs over the weekend and get some fresh air on any number of local hikes located just a few minutes from downtown. Head up City Creek for a quick walk, or make your way up any one of the four canyons in the area for immediate access to ski area hiking, Insta-worthy mountain views, or some hardcore climbing.

2. Brunch Around The City

Sorry to say Salt Lake does not have any bottomless brunch options, but that doesn’t mean there aren’t some great spots that locals frequent every weekend. Salt Lake’s budding coffee shop scene, and mostly new architecture, means that its brunch spots are trendy enough to make you feel good about whatever it is you did last night. I recommend Campo’s (three words: Tim. Tam. Milkshake. – on the menu as a mocha), Pig & A Jelly Jar, The Park Cafe, Eggs In The City, Blue Plate Diner, Vertical Diner (for vegans), or Purgatory, which doubles as a killer dinner place–pun intended.

Assuming you arrive by Thursday (because, why wouldn’t you?), the best pre-party in the city will be at Sky SLC for the Space Yacht takeover. Space Yacht, a weekly Tuesday night party that started in Los Angeles back in 2015, is one of the electronic music industries’ biggest viral sensations since the time Skrillex sampled this girl’s vocals for the quintessential banger, “Scary Monsters and Nice Sprites.” The underground music event gave artists a place to be able to test out new music with an audience that had only one expectation–that the great Tuesday night would ruin their Wednesday morning. The party eventually became a sensation, and by 2019 the event’s Twitter page has amassed more than 22,000 followers. Pre-sale tickets to the very first SLC event have already sold out, but you may still be able to nab one on the event website.