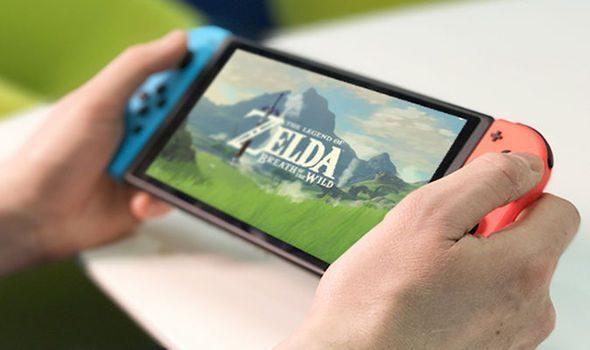 Well, perhaps you’ve unwrapped a Nintendo Switch (or Nintendo Switch Lite if the person cheaped out) and need some games to play on your beautiful new console. Here is a quick list of ten Nintendo Switch games that deserve a spot on your game shelf.

As a Nintendo fan, you find yourself missing out on plenty of franchises that other console owners get to enjoy, such as Halo, Grand Theft Auto, and Call of Duty. Thankfully, one of the higher ups at Nintendo realized that they could make a lot of money by porting over iconic games to the multimillion-selling Switch and Overwatch made the move to the hybrid console. The popular first person shooter features some of the most interestingly designed characters in its genre, including a cyborg gorilla, a hammer-swinging elderly man, and a … hamster in a destructive rolling ball. What’s not to like?

The Nintendo Switch is revered for its pick-up-and-play nature, but sometimes you don’t want to be playing some grand adventure on the go. Maybe you want to be playing something more arcade-focused, where you control a small monkey racing around in a ball collecting bananas. Yes, I know that premise has been done to death by now. Super Monkey Ball Banana Blitz HD, a remake of the original released in 2006, brings all of the quirky fun of the series with a challenging main quest and numerous mini games. It’s easily one of my favorite Nintendo Switch games where you control an adorable monkey rolling around in a ball.

While this is more of an app than a game, this is my list and I can do what I want. If you’re not in the mood for contemporary Nintendo Switch games, why not enjoy a blast from the past? Completely free as long as you subscribe to Nintendo Switch Online, the dedicated Super Nintendo app features an incredible collection of classic games, including Super Mario World, Super Metroid, and even the recently released Star Fox 2. You can even play Joe & Mac 2: Lost in the Tropics! …onto the next game.

While this game has been discussed ad nauseum, there’s no denying that Untitled Goose Game was a joy to play. Untitled Goose Game is one of the quirkiest and most unique experiences I’ve had playing Nintendo Switch games in awhile, and being able to take that strangeness on the go is an absolute treat. It also has the distinction of being the only goose-related game on this list.

Speaking of indie games, have y’all heard of Pokemon? OK, there’s pretty much a new Pokemon game released every year to ensure that depressed millennials such as myself can try and relive their childhoods for a brief couple of hours. And they’re pretty much always great! While Pokemon Sword and Shield are preferable on the go, there’s definitely enough adventure to be had. One of my favorite aspects of the game is the Pokemon Camp, where you can play with your creatures and make curry from ingredients such as berries, roots and sausages. Sausages that come from… Hmm…