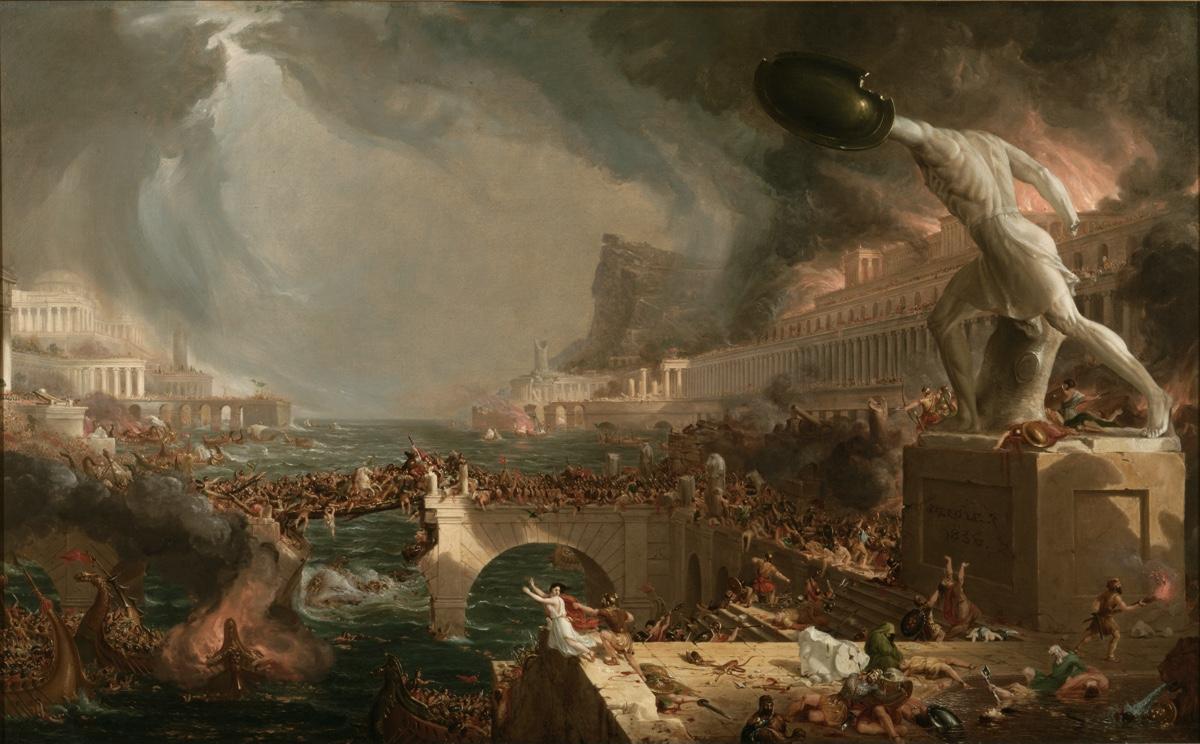 2020 Isn’t the Worst Year in History, and for Digital Transformation It Might be the Best

I hope your 2020 apocalypse bingo card is having better luck than mine. No? Oh well, don’t sweat it. We still have six months ahead of us, although, I’m not sure “months” is the right metric of time anymore. After all, as the meme goes, “2020 is a unique leap year. It has had 29 days in February, 300 days in March and 5 years in April.” That got me thinking about whether 2020 is actually the worst year in history.

As it turns out, it isn’t even close. That dubious distinction officially goes to the year 536.

In 2018, a group of scientists, led by Michael McCormick, a historian and archaeologist from the Harvard University Initiative for the Science of the Human Past, concluded 536 is the worst year in history (so far). A giant volcanic eruption in Iceland and the resulting ash cloud, blocked out the sun in the northern hemisphere for 18 months, dropped temperatures to Ice Age cold, caused mass crop failure and starvation. There was an unusual snowfall in China as the skies turned dark and temperatures plummeted. The historical records show there was no bread in Ireland from 536 to 539 because of crop failure.

Unfortunately, that was was followed shortly by the first bubonic plague, which killed between one-third and one-half of the population in the Eastern Roman Empire. There was much more. In South America, the Peruvian Moche civilization was mortally wounded by an abrupt climate shift. The Moche were avid fishermen who had mastered irrigation to grow various crops, including beans and corn. But, a severe El Niño cycle, possibly clinked to an eruption of Krakatoa in Indonesia, warmed the ocean waters so much that fish populations were killed off and irrigation channels were destroyed by floods.

Are we feeling better yet about 2020?

Seriously, there’s a literally silver lining to this story. A hundred years later, economic prosperity followed. Scientists have found a surge in atmospheric lead in the year 640, signaling an increase in silver mining because of economic recovery.

The point of this story isn’t just to point at the half-full glass. There’s good data to back up the concept that sustained competitive advantage from major transformations start during hard times. A recent study from Bain shows how tough times are important moments-of-truth for management teams. Their data shows that 47 percent more “rising stars” are created during turbulent times than in stable periods. To be clear, there are also more “sinking ship” company failures during economic crises than in normal times. Which is why strong leaders never waste a good crisis.

The Bain study also highlights the fact that the best tool available today for transformation is digitization. A survey of IT buyers showed that 80% of companies are accelerating their digital initiatives in response to COVID19. That’s not necessarily surprising as companies realize that there is no “going back” to “normal”.

Turning the worst times into the best

Whether companies end up as “rising stars” or “sinking ships” will probably be influenced by how successful their digital transformation programs are. Here are three lessons they need to keep in mind.

Strong IT strategy beats large IT budgets: Mediocre IT managers will make a pitch for large new IT investments. Top-notch CIOs will rely on working smarter, rather than brute financial force. This is the best time to “save to reinvest.” More money doesn’t equal more successful digital transformation.

Balance corporate productivity and agility: The traditional digital strategy for the past four decades was to standardize and simplify for productivity. That was necessary in the past but is insufficient for the future. The pandemic has shown that in the digital world, when disruption strikes, agile companies do better than stodgy but historically profitable ones. The Bain article recounts how Amazon suddenly needed to fill 100,000 new positions. No amount of standardization and simplification of hiring processes alone could have achieved that. Instead, Amazon pivoted to screening more than a million applicants using automated systems. We need to invest more technology dollars to build agility.

Fight the tendency to “get back to normal”: The pandemic forced new, simpler ways of working on most companies, ranging from more remote work to pushing more digital document alternatives to paper. However, punch-drunk citizens are starting to crave “normality.” The problem is, there’s no using cruise-control during industrial revolutions. There’s no “normal” for the foreseeable future, only newer ways of working.

If there’s one thing humanity learned from the worst year and period in history, it’s that accelerated prosperity will follow the dark times. Some of our ancestors who saw darkness in the skies for months, and rainfall in the form of dust in 536 A.D., wondered if the volcanic ash was a sign of a dying earth. It wasn’t. It was the sign of  a new world order arising like the phoenix from the ashes.