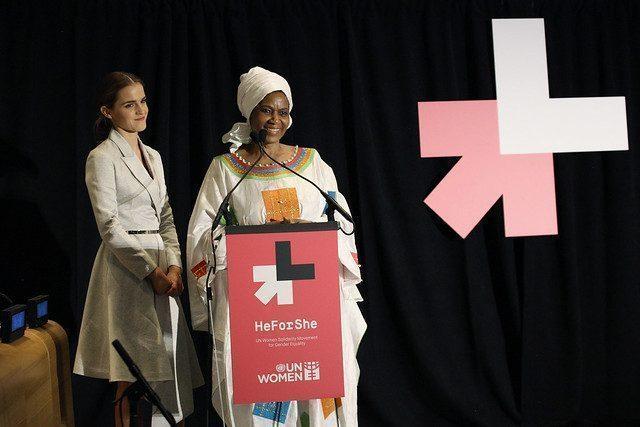 In March 2020, the UN will host the 64th session of the Commission on the Status of Women.

At the September 9th presentation of the Second Regular Session of the UN Women Executive Board, UN Under-Secretary-General and Executive Director of UN Women, Phumzile Mlambo-Ngcuka referred to 2019-2020 as “a period of strategic adjustments for UN Women.” And the start of a new decade of “UN Women 2.0”.  A period of change to align UN reform processes and evaluate progress made in the 25 years since the Beijing Declaration and Platform for Action .

“With a massive intergenerational mobilization campaign under the theme, ‘Generation Equality’, we intend to engage a record number of young people for gender equality and mobilize a new generation of gender activists to drive the much-needed change, everywhere,” Phumzile Mlambo-Ngcuka confirmed.

No single country has fully achieved the policies regarding women’s empowerment or gender equality. Organizations have a pivotal role in insisting governments to ensure that women are at the table.

Women at Peace Table–More Justice for All was the 2019 theme of Democracy Today NGO’s 7th Annual International Conference. With funding support from UN Women, Chair of Democracy Today and Vice President and Expert at Council of Europe, Gulnara Shahinian, underscores the importance of having women’s voices heard.  She is vice-chair of the Working Group on Women, Democracy, Human Rights and Security (WDHRS) at Forum2000 pursuing Václav Havel’s legacy to support democratic  values and respect for human rights, assisting the development of civil society, and encouraging religious, cultural and ethnic tolerance.

“The year 2020 is indeed a great opportunity to speed up progress,” says Tabbush. “Women work more, earn less and have fewer choices about their bodies, livelihoods and futures than men; and they experience multiple forms of violence at home, at work and in public spaces.”

Today’s authoritarian regimes are cheating women’s hard-earned gains. Poland’s PiS government continues to restrict women’s and reproductive rights with harassment and cutting funds to women’s groups. Iran’s ban on women entering soccer stadiums to watch men’s games, led to 29-year-old Sahar Khodayari’s arrest for disguising as a man. When sentenced to six-months in prison, she set herself on fire.

“To stand strong against these worrisome trends is a task all must take to ensure our future is one of equality and justice for all,” Tabbush stresses. “Women’s rights movements have been an unrepentant force demanding a better world for all. It is critical for states and international organizations to continue their support. Governments must take urgent actions to renew commitments to gender equality.”

The World Bank report gave 100 ranks to Belgium, Denmark, France, Latvia, Luxembourg, and Sweden for achieving “equal rights under the law over the last decade.” U.S. came in at 84.

Policy makers and gender advocates can use the Progress report to build bridges, find common ground to advance gender equality and provide family support. They can unite to shift the patriarchal, male-dominated societies’ continued discrimination against women and girls.

Governments can use the report’s cost calculation affordability for a package of family-friendly policies with income support across the life-course and healthcare. A quarter of countries (41 out of 155 studied) could close income, health and care gaps for less than 3% of GDP.  Tabbush underscores the significant pay-off of such investments to women and girls, families and the society in providing employment opportunities for women and men in the care sector.

There is a worldwide trend of delayed marriage and birth rates among women. Marriage age increased from 21.9 (in the 1990s) to 23.3 years around 2010.  The delay empowers women to earn higher education, jobs and financial independence.

Birth rates declined from 4.4 to 2.4. The wider gender equality allows couples a greater ability to have the families of their choosing–directly reflective of improved access to reproductive health care for women and adolescent girls. Women are having fewer children than desired for economic and social reasons, including unpaid care work or accessible childcare services.

There’s a prevalence of single-mother households in Latin America and the Caribbean. Nearly 101 million women are raising children on their own-and twice as likely to be living in poverty as coupled families. While most single mothers have jobs, they shoulder earning and caring. UN Women urges governments to consider accessible and affordable maternity and parental leave and universal pensions for single mothers upon retirements.

“Ultimately, the goal of producing the Progress report is to return ‘equality back home’–where it starts and where women have the platform to enhance gender equality, women’s voice and choice, economic security and physical safety at home, in the workplace and in society,” states Tabbush.  “There are many issues and policies central to advancing gender equality and supporting families, and we must all work together to bring equality and justice home.”

Published in Events, Health, Industry Commentary and Women In Tech