Who Would You Pick For Your 2019 NFL Mock Draft? Here’s Ours. 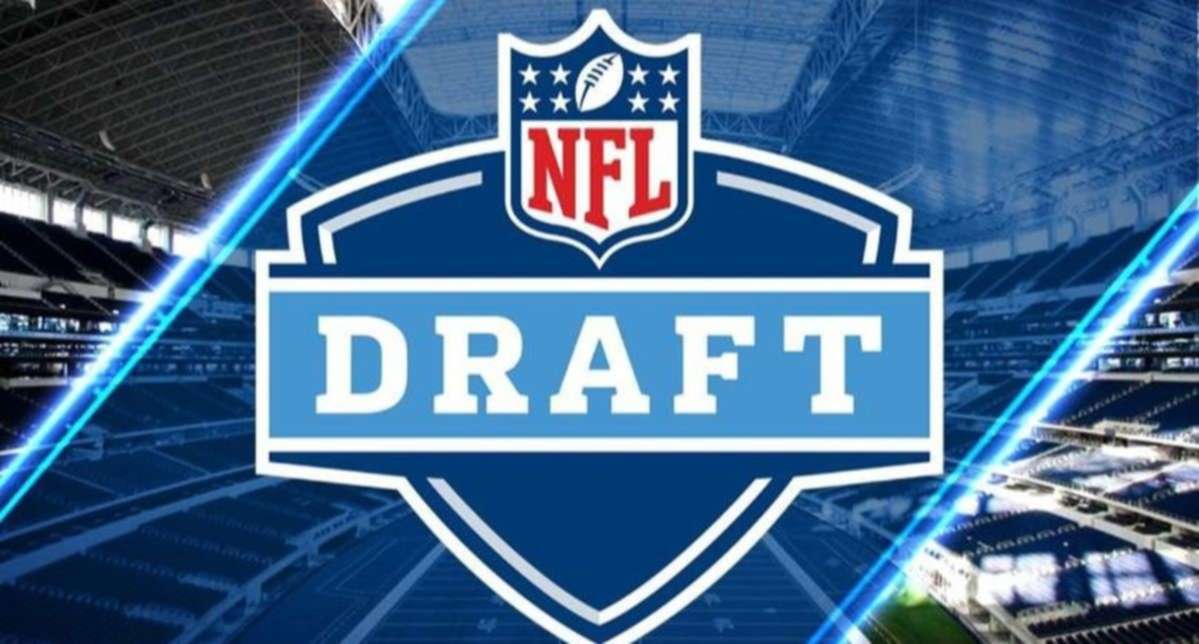 This year’s draft takes me back to 2014 when there was discussion over whom should be the first-round pick—at the time, Jadaveon Clowney seemed to be the best available option, but it was uncertain if the Texans would choose him.

Similarly, this year, the Cardinals are in a similar situation—Nick Bosa, defensive end from Ohio State, who seems to be the best available option, or Oklahoma Sooners quarterback, Kyler Murray?

This years 2019 NFL Draft begins April 25 and runs until April 27. Regardless of what the community may think, this year proves to be an exciting one, with a very deep defensive line and a thin depth surrounding the quarterback position. I know I’m looking for many trades to happen, which we’ve already started to see this week, which will continue to keep everyone guessing throughout the first round.

With Ohio State’s Nick Bosa arguably being the best player in the draft, I find it unlikely that the Cardinals will pass on him.

Getting a glimpse at his older brother, Joey Bosa, you know what you’re getting with this pick.

With the 49ers in need of an edge rusher, UK’s linebacker, Josh Allen looks to be a perfect fit into that aggressive defense.

At 6 foot 5 inches and weighing 260 lbs, he’s a very versatile athlete with an immediate impact.

Acquiring C.J Mosley at linebacker and running back Le’Veon Bell, the New York Jets are looking to make moves in the upcoming season.

The Raiders made a splash acquiring wide-receiver, Antonio Brown for just a third and a fifth-round pick.

Although they still have a large gap to fill with the loss of linebacker, Khalil Mack a season ago, Montez could fill that gap.

Rashan is a great athlete with explosive traits, great size and strength.

Although his collegiate stats don’t stand out amongst the crowd, he looks to provide great production in his first year.

Inevitably the best quarterback in the draft this year, Dwayne Haskins, Ohio State quarterback casts no shadow of doubt when it comes to his size and arm strength—both of which are prototypical for the NFL.

With the end of the Odell Beckham Jr era, the Giants seem to be in a rebuilding phase which looks to soon be the end of Eli Manning.

The Jaguars are hoping they made the right decision in acquiring former Eagles quarterback, Nick Foles, so the focus should now go to the offensive line to assure he gets enough time in the pocket to make some plays.

University of Florida’s, Jawaan Taylor could step in immediately and become a starter.

With a good pick up of defensive end, Trey Flowers from New England, the Lions need more help if they’re going to make a splash in the upcoming season.

Having Burns could liven up the season rush and really bring some noise to the city of Detroit.

The Bills looked to draft a wide receiver, but after the recent acquisitions of John Brown and Cole Beasley, their efforts have turned to the other side of the ball.

With a similar stature to Rams defensive tackle, Aaron Donald, the Bills will hope to get similar production.

Although the Broncos recently acquired Joe Flacco from the Rams, this seems to be a temporary move, acting as a placeholder for someone like Sooners quarterback, Kyler Murray.

Not only would this be a great move for ticket sales, but Murray has great athleticism that could seriously be utilized.

With Zac Taylor leading the Bengals as his first season of head coach, the linebacker position will surely be a top priority to fix this off-season.

Also, with a newly acquired defensive coordinator, Lou Anarumo from the Giants, there will be some drastic changes being made.

For the Green Bay Packers, a great athletic tight end would be a smart pick as they’ve already landed two edge rushers and a safety thus far in free agency.

Having a nice big target for Aaron Rodgers to throw to must be a priority in this year’s NFL Draft.

Wilkins, a standout at Clemson, is arguably the best defensive line in all of college football. He will be a first day starter with a lot to offer to the lacking Dolphins line.

Jeffrey Simmons, defensive tackle out of Mississippi State, could be a risk with his recent ACL tear, but with a full recovery, he looks to be one of the top defensive linemen in the Draft.

Although the Redskins went out and acquired Case Keenum, there’s still uncertainty as to the quarterback position.

Drew has great athletic ability and could be the answer that the Redskins are looking for.

Offensive line help should be the focus going into the draft, defensive line is deep this year, so they will likely pass on their first pick and move to offensive help.

With the retirement of Ryan Kalil, they need to fill that void, and Bradbury is a great pick.

With the acquired pick from the Odell Beckham Jr trade, Andrew Dillard, offensive tackle from Washington State, would be a great insurance player to protect the blindside of Dwayne Haskins or Eli Manning and aid in the rebuilding structure.

As a tackle in college, Oklahoma Sooners offensive tackle, Cody Ford would give the Vikings some much needed help on the offensive line and make moves towards their already high-powered offense.

After not doing so hot in the combine, the Titans could really get a steal at the 19th pick.

Jachai Polite, defensive end out of Florida, looks to be a dominate player looking at his college tape, and will surely perform at the next level.

With many moves this off-season, the Steelers seem that they have many voids to fill. One of their struggles last year came from the cornerback position—Williams will be a great upgrade and make an immediate impact on the defensive side.

Just behind his former teammate, Fant looks to be a very impressive tight end in the NFL, he will ad to Russell Wilsons weapons in being one of the top receiving tight ends this year.

With some major moves already this off-season, including the departure of Joe Flacco and Terrell Suggs, and the acquisition of Earl Thomas and Mark Ingram, the Ravens look to add to their arsenal of weapons they seem to be lacking in offense.

In a scarce running back class, Jacobs would be a great addition to Lamar Jackson.

I look for the Texans to choose the best available player at this pick as they continue to make strides towards being top of the AFC.

Lawrence could prove to be a valuable asset to the ever-improving defense that the Texans look to continuously improve upon.

This may seem like a strange pick to some, but there is still some uncertainty as to where this Raiders team is heading.

Adding a young gun-slinger like Duke’s quarterback, Daniel Jones to this already young team, could provide a nice spark to push Derek Carr to the next level.

The Eagles secondary took a beating last year and was filled full of injuries. To be on the safe side, I see them filling the depth chart with more quality corners.

But, just in case more injuries do occur, Georgia’s Deandre Baker looks to be quality and a great fit.

Indianapolis made great strides last year and look to build upon that with improving their secondary.

Rapp looks to be underrated and a great pick to take at the 26th spot as the best safety on the board.

Ohio State’s wide-receiver, Parris Campbell would be a great pick here with the addition of Antonio Brown in the off-season. Yet, this could also serve to be a problematic duo, creating many problems for defenses.

There will be no shortage of big plays as Campbell ran a staggering 4.32 40-yard dash.

As the Chargers have some work to do on both sides of the line, Notre Dame defensive tackle, Jerry Tillery would be a great addition as he could start right away and make an immediate impact.

As one of the worst defenses in terms of passing yards allowed last year, the Kansas City Chiefs secondary needs to be the priority in this year’s draft.

Temple’s cornerback, Rock Ya-Sin is one of the premier corners and would fit the aggressive Chiefs defense.

As a very versatile safety Florida safety, Chauncey Gardner-Johnson would be effective in both nickel and safety and a ball hawk safety.

He would be a great fit and in a much-needed position for Green Bay.

With an already stacked line in Ndamukong Suh and Aaron Donald, Suh looks to be on his way out and they’re in need of a playmaker to step in and aid Donald.

Ohio State’s defensive tackle, Dre-Mont Jones is very powerful and would make a nice addition to the defensive line.

There have been rumors of a trade between the Cardinals for Josh Rosen, but if this doesn’t happen, I look to see the Patriots adding Louisiana Tech linebacker, Jaylon Fergusion to their pass rushers.

As the FBS all-time sack leader with 45, Ferguson would be very productive in that role for the Patriots. How the Pandemic Has Changed the Sales Lead Landscape 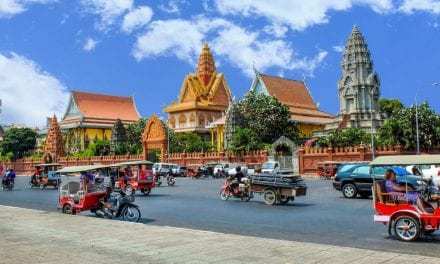 The Cheapest Places in the World to Live in 2020 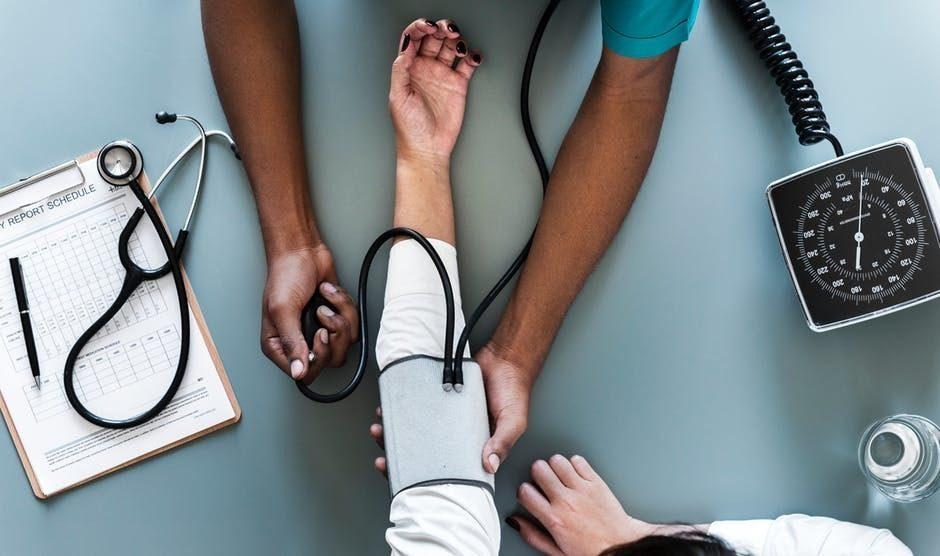 Waffle takes a crack at combining insurance policies. But can it succeed?