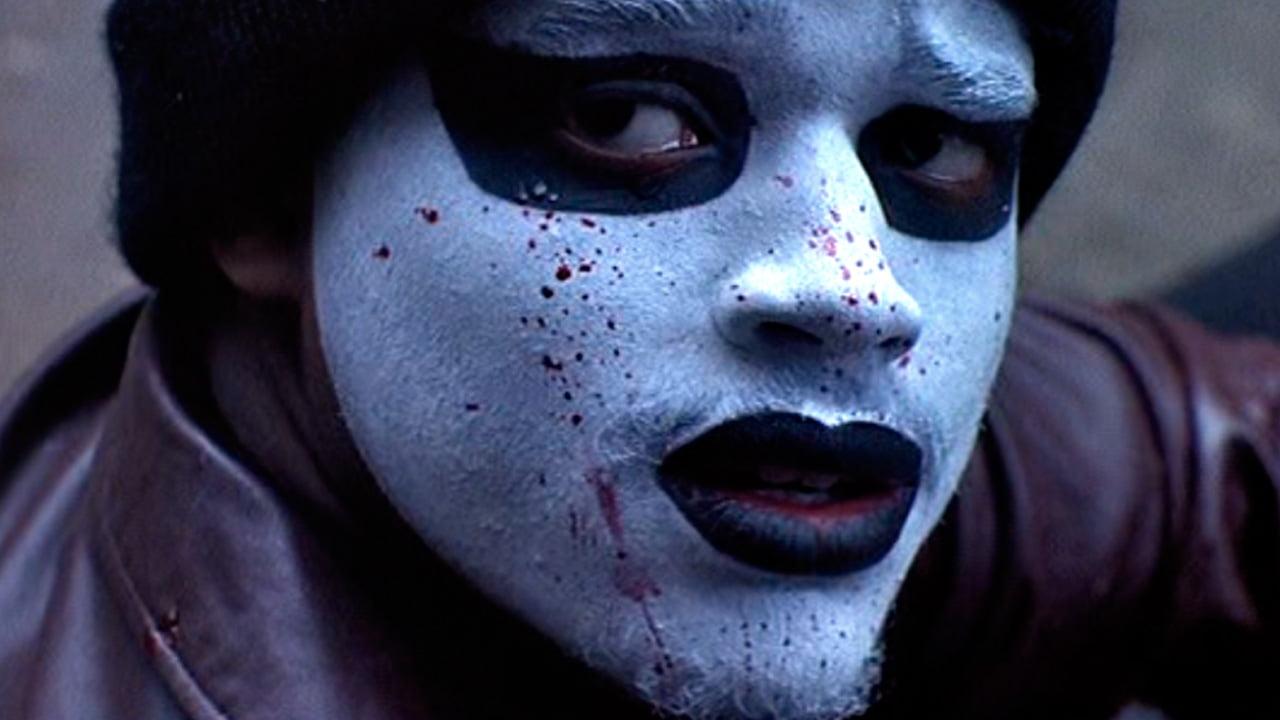 At Grit Daily, we’ve recommended great films by black filmmakers in the past. Today, we’re doing it again in honor of Martin Luther King day and, of course, some of the most powerful voices in cinema. We’re celebrating films from the Hughes Brothers, Bill Duke, Denzel Washington, Karis Lemmons, and more. These are some of the most memorable movies of the last 25 years, from several filmmakers who, thankfully, continue to produce vital work.

It’s a shame the Hughes Brothers broke up as directors. Of course, Allen and Albert Hughes have gone on to do great things on their own in their careers. They produced such powerful work together, though, and arguably their greatest work is Dead Presidents. It’s an awe-inspiring drama to watch for the first time, just to witness what an epic canvas they paint. Dead Presidents shows the horrors of war, both in America and Vietnam.

My god, the heist sequence in Dead Presidents, too, is gut-turning suspense. It’s pure dread and terror. Masterful filmmaking is on display in the Hughes Brothers’ magnum opus, as well as a killer soundtrack. With the exception of From Hell, Al Green‘s voice is always heard livening up their iconic work.

Bill Duke’s crime movie is one of the great Los Angeles crime movies. Together, Laurence Fishburne and Jeff Goldblum are a towering power couple. Of course, Goldblum is always towering — the man is a giant — but he gives one of his most sinister performances in Deep Cover. As for Fishburne, he’s a cop that, yes, goes in “deep cover” and finds himself making decisions he never imagined. Fishburne’s intensity in this movie radiates off the screen. Deep Cover is a fantastic crime movie that hits hard, especially in the end.

Eve’s Bayou is another ‘90s classic. From writer-director Karis Lemmons, the 1997 film is a family drama about memories, secrets, and the pain and joys of coming-of-age. Set during a hot and sweaty Louisiana summer, Lemmons’ drama is full of atmosphere that keeps your eyes glued to the screen. Every location and emotion is so tangible in Eve’s Bayou, which has nothing but truthful performances from Samuel L. Jackson, Jurnee Smollett, and the rest of the cast. I’d say Smollett gives one of the best kid performances in a movie ever, but it might just be one of the best performances ever. Acting doesn’t get much purer than her work in Eve’s Bayou.

Adapting a stage play is no easy task. Now, make it an August Wilson play, and it doesn’t get much easier. With Fences, though, it’s Denzel Washington we’re talking about. He’s as much a natural behind the camera as he is in front of the camera. He’s a naturally confident artist, one who can do great work without calling attention to himself. He lets Wilson’s beautiful words breathe in Fences. He embraces the source material as a stage play and doesn’t try to run from it with a bunch of bells and whistles as a director. Fences is two hours of masterful actors, including Viola Davis, delivering a master playwright’s words.

Antoine Fuqua is one of the most prominent black filmmakers in Hollywood. Not only that, he’s one of the most reliable studio filmmakers. Fuqua knows how to produce popcorn entertainment with gravitas and style. He puts character and drama first, action second. As for the action, though, Fuqua shoots with such speed, ferocity, and cleanliness. The Training Day director pulls no punches with his action. The brutality is, fittingly, cringe-inducing yet often entertaining. A tough balance to strike, but Fuqua knows what a thrill it is to watch Denzel Washington dominate a room. Fuqua is an artist in the studio system who elevates seemingly routine thrillers with social relevance, moral codes, hard-hitting action, and his long list of strengths as a filmmaker.

Spike Lee’s most significant epic of his career. Lee is one of the few filmmakers who can tell a man’s life story without any fast-forwarding, cliff notes or any other issues that plague biopics. Malcolm X is an all-time great epic, both as a story of an icon’s life and the vision of a visionary. Lee’s imagination on display is always inspiring, but for three and a half hours, it’s at times jaw-dropping how he moves the camera, visualizes Malcolm X’s struggles and beliefs, and depicts one of America’s most iconic ministers and human rights activists.

Michael Schultz is a great entertainer. Schultz’s movies are adrenaline rushes, just full of laughs, compelling drama, energetic filmmaking, charismatic characters, and soundtracks that make you want to get up and move. Krush Groove, drama and all, is a great time featuring Run-D.M.C, Sheila E, and even producer Rick Rubin scoring laughs. It’s such an imaginative film, too, with a sequence set in Sbarro’s pizza that should by all reason be iconic.

Chris Rock decided to get more personal as a director with Top Five. It’s still hilarious, of course, but there’s a sadness to his story about fading success and wasted talent. People are now laughing at a once-beloved comedy star, played by Rock, in his ambitious comedy. It’s largely a walk-and-talk movie set in New York City. Rock and Rosario Dawson provide one brisk walk-and-talk full of honesty, laughs, and for real, sexiness. Those two have electric chemistry together. They’re a joy to watch in Rock’s adult comedy that’s both personal and uproariously funny.

To this day, Cheryl Dunye’s directorial debut inspires. The Watermelon Woman is such a testament to what a creative mind can do with such little resources. The Watermelon Woman is one of the defining indies of the ‘90s. Dunye helped change the indie game, and yet, doesn’t get the credit she deserves like Richard Linklater or Kevin Smith. The 1997 film remains the kind of handcrafted and personal indie that’s so pure and inspiring to see.